Harold Holly Enjoying the Challenge of Transition from NASCAR to Dirt 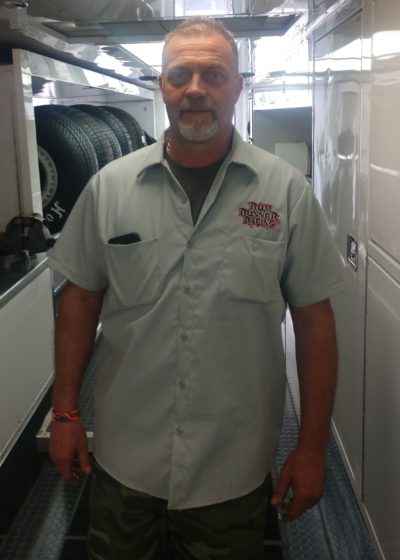 And in fact, the No. 2 team has already scored a significant win 2019 when Overton took the checkered flag in the World of Outlaws Late Model Series season opener at Georgia’s Screven Motor Speedway.

Like many in similar positions, Holly’s roots in the sport run deep. Having a father who enjoyed the sport along with a football coach who also raced helped to steer the young man toward his current role.

“My dad was a huge race fan,” Holly explained in an interview with InsideCircleTrack.com. “He used to take me over to Talladega to the big track whenever I was a kid. He actually used to sneak me in under the seat of a van. Cale Yarborough was our man and that got me interested in it. When I was 8-years-old, Mack Abercrombie from Pell City was my little league football coach and he drove a Super Late Model dirt car. I used to go to football practice then I’d ride home with him and work on his dirt car and that’s how I got started in it.”

Holly spent the better part of thirty years in NASCAR, primarily in what is now called the Xfinity Series with drivers such as Jeff Green, Scott Riggs and Bobby Hamilton, Jr. The veteran pit boss won a total of 19 Xfinity(Busch) Series races from atop the pit box with drivers Green, Hamilton, and Riggs behind the wheel along with one NGOTS race with Coulter and three ARCA Menards Series events with Corey LaJoie.

“NASCAR was a great part of my life,” Holly recalled. “I was basically in it from 1987 to 2015 and it was great. I got my first crew chief job in 1994 with Chad Little and from there I ended up winning a championship with Jeff Green. I had a lot of success and it was great times.” 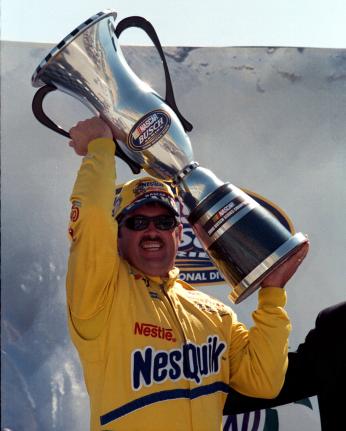 However, changes came along that would eventually change the roles of crew members such as Holly. As NASCAR began to implement more and more rules, some crew chiefs began to feel as if they were too limited in what they could do to improve the performance of their cars.

In particular, Holly cited the Car of Tomorrow, which was introduced into the sport by the sanctioning body just over a decade ago. The rule book that accompanied that car allowed for very little out-of-the-box type thinking. Holly and others began to feel as if their hands were tied by too many regulations. Without the ability to use imagination and creativity, many of those who had succeeded in the past began to lose their desire to remain in that form of the sport.

“NASCAR started changing later,” Holly pointed out. “After the CoT car came in 2007, crew chiefs like myself kind of got put in a different area. I was an innovative crew chief in that we cut chassis up, we moved rear clips, we moved frame rails, we cut bodies off, we did all kinds of stuff. The more regulations that came in and the more it became a spec car kind of deal it started getting me disinterested in it.”

Holly credits one man in particular with helping to provide that creative edge he enjoyed as a crew chief. That carried him from the time he entered the sport up through his years with Rusty Wallace Racing and beyond.

“When I went to work with Chad Little in 1992, he had a guy that moved down from Washington with him and his name was Dan Dittberner,” Holly remembered. “I got somewhat of a redneck engineering degree because back when guys didn’t have engineers in NASCAR, I had one with me all the time. I got a heck of a training from him. We worked together until he got out of it in 2008 when we were at Rusty Wallace’s, but we still talk.”

From that point came the transition that would eventually lead to the move from NASCAR to dirt racing.

“When I went to work for Coulter Motorsports and Joey they decided they wanted to move up to the ARCA Series so I left Rusty Wallace and went to work for the Coulters,” Holly recounted. “Trying to get Joey seat time, I was part owner at the time in a company called Wolfpack Racing with Randle Chupp and we got Joey in a Dirt Late Model to help with car control and everything else. Then Joey fell in love with dirt racing so much that after we left Kyle Busch Motorsports and Joey went to GMS he decided he wanted to start a dirt team full time so I went to the dirt team full time.”

While the crew chief’s history in racing is extensive, the transition from NASCAR to dirt racing has provided some challenges as there are only small degrees of similarities between the two.

“The only similarity is that it’s racing,” Holly declared with a laugh. “These cars are so complicated. NASCAR is complicated too but it’s still basically the same geometry that they used back in the 1960’s with the steering box and tie rods and everything else. These cars have got so many moving parts. You might have six to eight springs on the car at one time and each one of them is doing something different, going up and going down. And then this environment, I mean it’s dirt, it’s dirty. There’s so much maintenance on all your stuff trying keep everything clean. In NASCAR you may have to clean a little rubber off now and then but the cars never really got dirty.

“As far as the technical side of it, the NASCAR box is much smaller,” he continued. “Now they have simulators and everything and you spend a bunch of time going through sim with your engineers. All your changes are pretty much laid out ahead of time. In this, the surface is such an equalizer. You can leave the shop with one thing but when you get here and you see what they’ve done to the race track, you’re going to take everything off of the car and do something else before you ever get going. This sport’s much more challenging than NASCAR.” 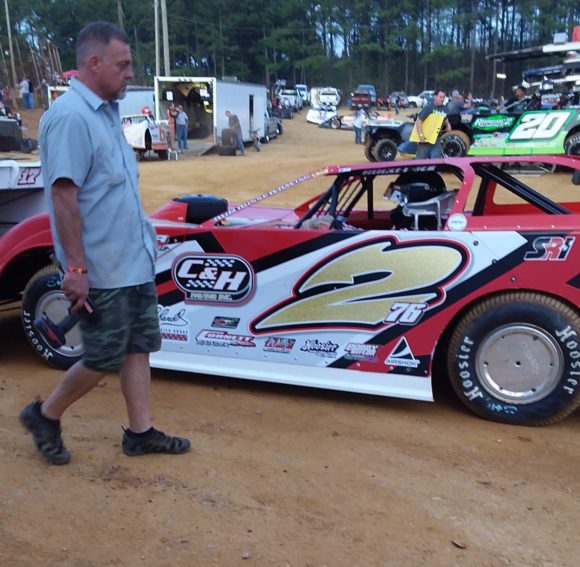 Another aspect of dirt racing that is different is the travel. While there is a great deal of travel in NASCAR, there is only one race per weekend at one track. A Dirt Late Model team may compete in as many as three or four features in a week and those races may be held at different tracks across multiple states.

“I actually just figured it up a while ago and we’ve run 26 times already from Arizona to Florida,” Holly stated. “We’ve basically been halfway across the country already and we’re just getting started. Whenever we go out, you have to leave so prepared with bodies and sides because these cars combat race some and spare engines. You’ve got to have a spare then a spare on top of the spare. There’s a lot of prep work that needs to be done to try to keep up with it. A lot of times we work in a Wal-Mart parking lot or wherever we can find to get everything unloaded and get everything done.”

Of all the memories this veteran racer has accumulated in the sport, what will always stand out?

“We locked the championship up with Jeff Green in 2000 with four races to go in Memphis. I remember riding around in the back of that truck with Green and I was kind of staring off trying to think about what I was going to do for the next race track and finally Green tapped me on the shoulder and said ‘Hey man, do you realize we’re champions?’ That was a cool moment because I was still just so on to the next thing that I hadn’t even realized what had happened. That championship was a pretty special deal.”