Diverse lineup of drivers set for Easter Bunny 150 at Hickory

The 14th Annual Easter Bunny 150 for Pro All Stars Series Super Late Model cars is set to roll off on Saturday evening at Hickory Motor Speedway. The $5,000-to-win event looks to draw a diverse field of talented young up-and-coming drivers who will be doing battle with some of short-track pavement racing’s top veteran stars on the historic third-mile North Carolina track.

The event will be broadcast on a Pay-Per-View basis by Speed51.com.

Among those with a bit of history on their side, Preston Peltier has to be counted among the heavy favorites. The 41-year-old driver who hails from Harrisburg, NC has won the two most recent Easter Bunny 150 races and has taken home a total of five checkered flags from this event. And more, the driver of the No. 33 machine has won a total of eight PASS sanctioned races at Hickory. 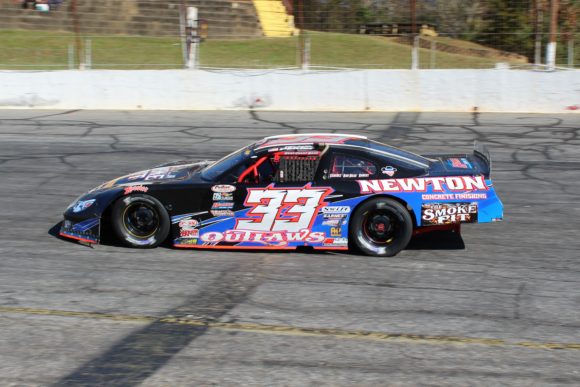 Ben Rowe of Turner, ME has achieved glory in this race twice coming home the winner in 2009 and 2016. The son of the Easter Bunny 150’s original winner(Mike Rowe in 2006) also placed second to Peltier back in 2017. The 43-year-old driver is the five-time PASS tour national champion and he has won a total of three PASS events held on the worn asphalt surface in Hickory.

Bubba Pollard has never won a PASS sanctioned race at Hickory but the No. 26 car has to be considered a threat to pull into the victory lane of any track on which it races. The Senoia, GA racer has won his last two PASS starts which came at South Boston, VA and in the prestigious Oxford 250 last year in Maine. The 32-year-old racer won the CARS Super Late Model Tour race held at Hickory on March 23rd. Pollard also recently won in a Dirt Late Model in his hometown. 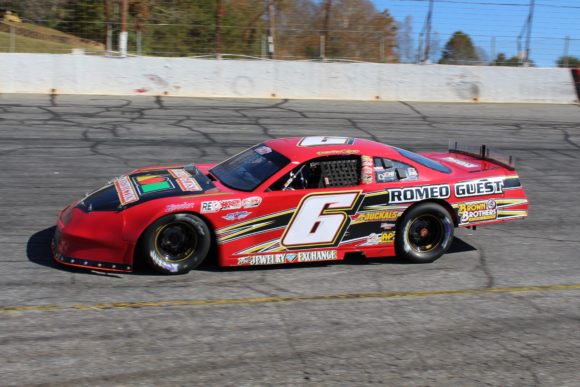 Brandon Setzer is usually among the front runners at Hickory

Local hero Brandon Setzer of Newton, NC may not have very many years behind him but he has plenty of success to look back on. The 25-year-old son of former NASCAR driver Dennis Setzer has never won the Easter Bunny 150 but he has scored two PASS victories at Hickory. The driver of the No. 6 ride has pulled his car into victory lane twice at this track in CARS Tour Super Late Model races and he finished runner-up to Pollard in that series race here last month.

Derek Ramstrom, who hails from West Boylston, MA, proved that he can get around the tight confines of Hickory Motor Speedway as the winner of the most recent PASS sanctioned race here when he beat the pack to the finish line in the Mason-Dixon Mega Meltdown last November. The 27-year-old has gotten off to a tough start so far in 2019 so a win in his return to Hickory would be most welcome. 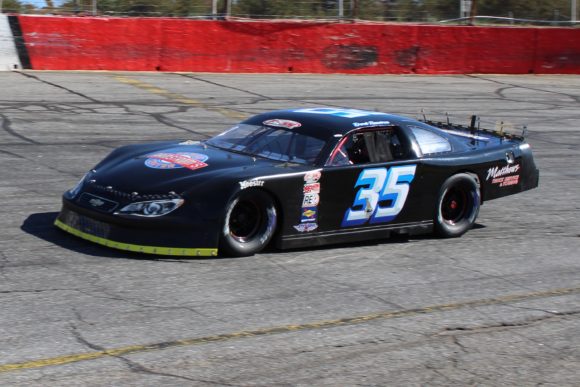 Among those drivers with fewer years in the rear view mirror, 20-year-old Matt Craig of Kannapolis, NC is certainly one to watch. Although he has never won a PASS sanctioned main event at Hickory, the three time PASS South champion did claim a CARS Tour trophy here back in 2017.

Derek Griffith of Hudson, NH was the 2018 PASS National Series champion and he currently sits second in the PASS National tour standings behind Jake Johnson. The 21-year-old star will be looking for his first PASS win at Hickory but he did score two triumphs on his way to the series title last year.

Australian Brandon Butcher will be making his Hickory debut on Saturday. The 25-year-old is in the Drivers Edge Development program which is a joint venture between NASCAR organizations JR Motorsports and GMS Racing. 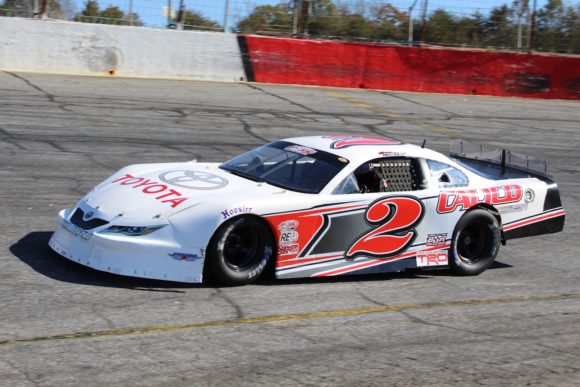 While the veterans at the top of the page may be considered the favorites for the Easter Bunny 150 going in, there will be plenty of young talent poised to challenge them on the historic pavement of Hickory Motor Speedway on Saturday night.