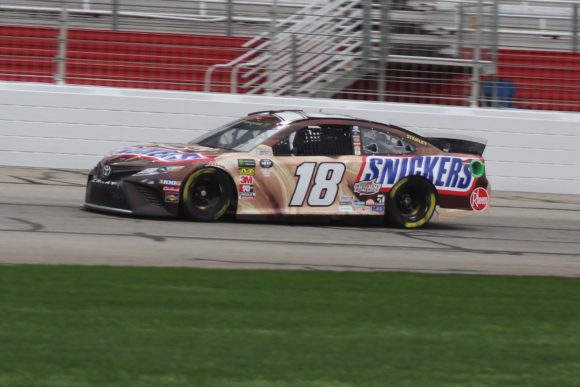 Unless you have been secluded somewhere well outside of the racing world, you probably already know that Kyle Busch is closing in on his 200th career win in NASCAR sanctioned races. His 52 Monster Energy NASCAR Cup Series wins, 94 NASCAR Xfinity Series victories, and 53 NASCAR Gander Outdoors Truck Series checkered flags amount to a total of 199 triumphs. It is certainly a remarkable feat for any race car driver to visit victory lane that many times.

However, there are a significant number of detractors who argue that Busch has padded his statistics by winning races in what amounts to the minor leagues of NASCAR. Further, many are offended by the mere mention of a comparison of Busch’s total number of wins to Richard Petty’s 200 wins at NASCAR’s top level during an earlier era of the sport.

Many of Petty’s wins came in a time when what was then called the NASCAR Grand National Series competed multiple times per week in races that were much shorter than the more traditional 500 miles or 500 lap bigger events. As a matter of fact, numerous of the King’s victories came in races of the same length as the Xfinity and NGOTS races Busch has won.

Still, many do not want to hear of the comparison between the 2015 MENCS champion and the seven-time title holder.

Well, if the accounting that has drawn Busch within one win of Richard Petty causes a stir, consider another comparison to another seven-time NASCAR champion in terms of wins that “count”.

Few seem to be bothered each time NASCAR visits the Daytona International Speedway when it is pointed out that Dale Earnhardt accumulated 34 wins on the 2.5-mile super speedway. While certainly true that Earnhardt crossed the finish line ahead of the competition on 34 occasions at DIS, only three of those were in points-paying races. Aside from his famous win in the 1998 Daytona 500 and two victories in the 400-mile event held each July, those other triumphs came in qualifying races, Budweiser Clash All-Star races, Busch Series races, and International Race of Champions events.

A racing purist making a judgement of Earnhardt’s career at Daytona might claim that 31 of those wins came in events that were far less meaningful that those that offer NASCAR championship points to the winner.

It is easy to sit back and nit pick over which wins mean more. And yes, Petty won his races in much different era than Busch. And yes, many of Earnhardt’s Daytona wins came in races that didn’t really mean much in comparison to the Daytona 500. And yes, Busch has won races outside of the top level.

But the reality of it all is that winning in any of NASCAR’s top three divisions is difficult, no matter what the era or the track. And while this writer has never been a fan of Cup Series racers competing in the other divisions with their Cup level engineering, the fact that Busch did go ahead and win does say something about his driving ability. 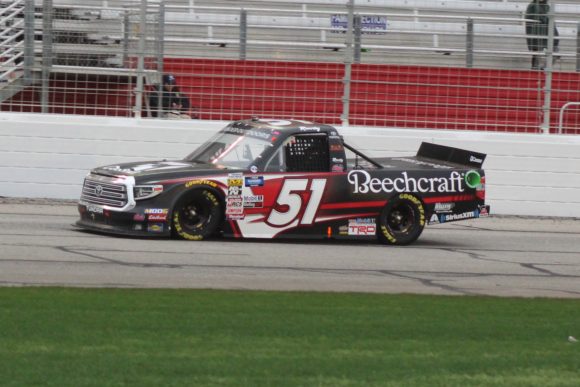 Everything doesn’t have to be a comparison. Each feat can just stand on its own.