Skip to content
Home NASCAR Blogs Is there more to the story with McDowell vs Suarez?

Is there more to the story with McDowell vs Suarez?

For the second time in this very young 2019 Monster Energy NASCAR Cup Series season driver Michael McDowell found himself at odds with one of his fellow Ford competitors when he and Daniel Suarez scuffled during qualifying for the Ticket Guardian 500 at the ISM Raceway in Phoenix. 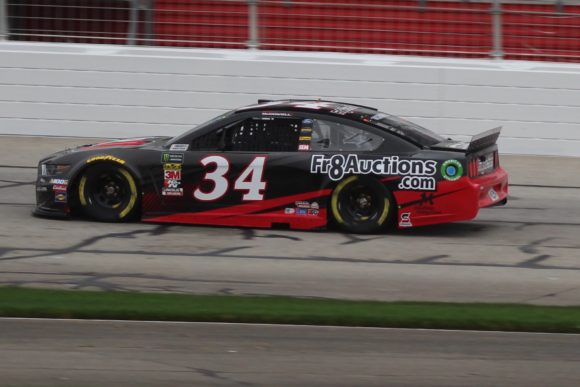 Michael McDowell drives the No. 34 Ford for Front Row Motorsports

Suarez walked to McDowell’s pit area and the two briefly fought after both found themselves eliminated from contention for the pole position when they did not advance to the second round of the seemingly appropriately named “knockout qualifying” session. Suarez believed McDowell had interfered with his qualifying run by getting in his way on the track while McDowell insisted that Suarez had tried to wreck him. The skirmish was broken up by crew members and officials.

Immediately following the Daytona 500, McDowell was accused by Ford driver Joey Logano of not pushing him on the final lap of that race but instead choosing to go with a non-Ford driver. Logano believed that McDowell’s move cost him a shot at winning the sport’s biggest race. At the same time, McDowell retorted that his team pays him to get the best finish he can for them and not to push Logano around the track. He declared that he made a split second decision which he felt gave him the best opportunity to improve his own position.

One has to wonder if, in the case of the Daytona 500, Logano’s Ford, which is fielded by powerhouse Team Penske, would have pushed McDowell toward the checkered flag had their roles been reversed. In all honesty, we probably all know the answer to that question.

The image of a Thanksgiving meal in which there is a so-called “grown ups” table and a “kids” table seems to be at play among the Ford teams. Clearly, Team Penske and Stewart-Haas Racing sit at the grown ups table while Front Row Motorsports and Roush Fenway Racing are exiled to the smaller table to wait for the scrapes of information and cooperation that might be tossed their way by the power players among the ‘Blue Oval’ teams.

This theory has some degree of credence.

On the Dirty Mo Media podcast ‘Door, Bumper, Clear’ which features Clint Bowyer spotter Brett Griffin and Logano spotter T.J. Majors, the spotter for Richard Petty Motorsports driver Bubba Wallace weighed in on that subject. Freddie Kraft, who also sits in on that podcast from time to time, now spots for the No. 43 car but at one time worked for Front Row Motorsports. He asserted in their post-Daytona 500 airing that the very scenario speculated above does exist, at least in the minds of the smaller Ford teams. 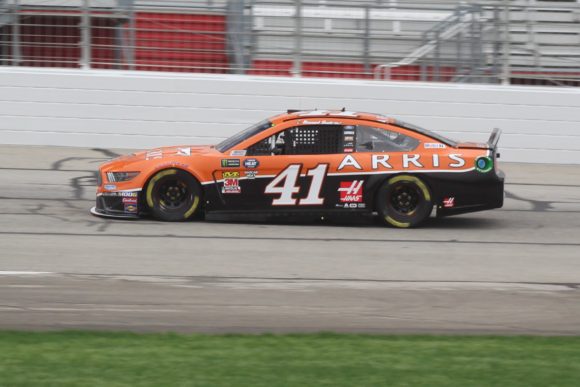 Daniel Suarez drives the No. 41 Ford for Stewart-Haas Racing

So is there a pecking order among the Ford teams?

Maybe it is just mere coincidence that McDowell and his Front Row Motorsports team have had run-ins with other Ford competitors on two separate occasions during this young 2019 season. Or maybe it isn’t.