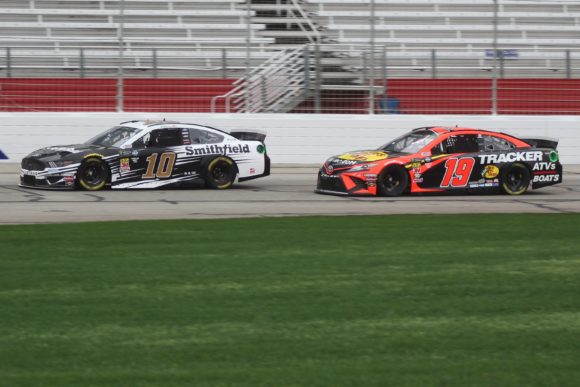 Eventually NASCAR is going to get tired enough of all the shenanigans that have taken place so far this season during their qualifying sessions that they will institute an actual change rather than minor modifications. No doubt the sanctioning body is exhausted with having to explain why no car in a particular round posted a time or why a driver was or was not able to get on track to make a run as a result of a “clog” on pit road.

It seems apparent that someone or some entity within the sport, whether it be the television networks or the tracks or sponsors or NASCAR itself, does not want to go back to single-car qualifying runs. And I will admit as a person who regularly attends 50+ races each year, I don’t care for that format being used when it comes to setting a starting lineup. Single-car runs are boring and time consuming, especially when there is more racing to be done within the program.

So if NASCAR really wants to provide entertainment when it comes to setting the starting lineup for one of their Monster Energy NASCAR Cup Series races, they should look into the use of heat races.

Heat races are essentially as old as racing itself. Virtually every dirt track and pavement short track in America uses them on a weekly basis to determine where cars will start for the feature races that night. And more, even big national touring series such as the Lucas Oil Late Model Dirt Series, the World of Outlaws NOS Energy Drink Sprint Car Series, and the World of Outlaws Morton Buildings Late Model Series have the biggest stars in the dirt racing universe to participate in heat races during their events.

Sometimes single-car runs are used to set the lineups for the heat races and sometimes blind draws are employed. The blind draw format would certainly create the most interest as there would be the possibility of a Kyle Busch, or a Kevin Harvick, or a Kyle Larson starting at the rear and trying to move forward in a relatively short period of time.

Some will no doubt immediately want to point out that heat races would increase the chances of cars suffering mechanical troubles or of being involved in crashes. Every time a race car goes onto the track there exists such a possibility, even during the hours of practicing teams seem to want to do. Just cut back on some of that practice time to reduce wear and tear as well a crash opportunities.

To add to the drama, since that appears to be the goal anyway, keep in mind that starting order also determines the all-important pit stall selection for that weekend. And more, NASCAR could treat these races just as they do the stage breaks within each race and award points or even have a separate year-long point standings based solely on heat races.

And consider that such a system is not without precedent as it is used every February to set the field for the most prestigious race the sport has to offer.

In the opinion of this writer, drawing for starting positions for two or three heats would be the preferable way to go. The heat races themselves would not have to be more than 25 miles or 25 laps each depending on the size of the track in question. Two or three heats would be the ideal number because there should be enough cars on track to actually have a race rather than just having eight or ten cars just riding around.

It’s a perfect made-for-television format that would not take too long but would provide drama. 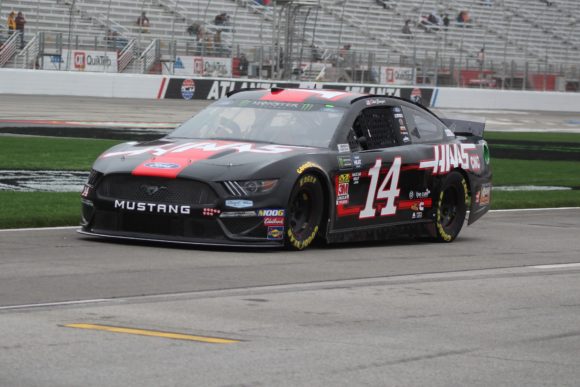 If tracks want to sell tickets for an entertainment-based format or if television wants to promote that there is actually something worth watching and not just cars sitting on pit road waiting for a clock to run down, then they should consider heat racing. It is an accepted practice at hundreds of tracks by dozens of racing series all over the country every Friday and Saturday night. Surely NASCAR could also find a way to make it work.