Each driver is given a dollar value with each player being allotted a budget of $50,000 to purchase six drivers.

Ryan Blaney($9,000) – Blaney seems like a good value here when it is considered that he led more than half of this race in 2018 on his way to a 7th place finish. He also finished 2nd in the 2017 version of the Daytona 500 while driving for Wood Brothers Racing. And more, the Ford cars have looked very solid during SpeedWeeks so far and appear to be willing to work together. The No. 12 machine finished 6th in the second Duel race on Thursday night and will start Sunday’s race from the 14th spot. 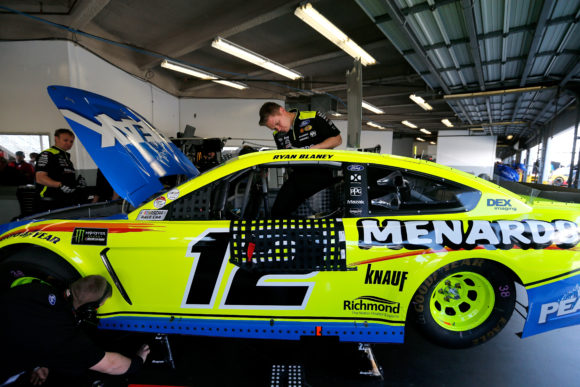 Matt DiBenedetto($5,700) – DiBenedetto seems like the value of all values at this price. That is especially true when it is considered that he has two top-10 finishes along with a 13th at Daytona with underfunded teams. He finished 4th in the first Duel race on Thursday in his Leavine Family Racing team Toyota. The No. 95 team has increased support this year from Joe Gibbs Racing which should aid with setups and all other aspects of car preparation. He will start Sunday’s race from the 9th spot.

Kevin Harvick($10,200) – Harvick looked dominant in winning the first Duel on Thursday night as he led 44 of the race’s 60 laps. This driver has two wins at Daytona including the 2007 Daytona 500. The area of concern with Harvick’s price tag comes from the fact that he has a string of three straight races at DIS in which he has crashed out. But as I said with Blaney, I like the cooperation being shown so far among the Fords and the No. 4 Stewart-Haas Racing car looks strong enough to stay above the fray on Sunday. He will start Sunday’s race from the 3rd spot.

Joey Logano($10,400) – Logano looked very impressive as he moved from 4th to 1st on the last lap of the second Duel race on Thursday to get the win. The 2018 Monster Energy NASCAR Cup Series champion won the 2015 Daytona 500 and was 4th in last year’s version of “The Great American Race”. He also has scored a total of eight top-10 finishes at NASCAR’s most prized venue. And like Harvick and Blaney, this is another Ford. If the drivers of that brand can stick to what appears to be a plan to put one of them in victory lane, they should be able to get to the finish and then decide the matter among themselves. He will start Sunday’s race from the 4th spot.

Paul Menard($7,400) – Menard has looked strong in the Wood Brothers Racing Ford all week. He was leading the Advance Auto Parts Clash on Sunday until he was tagged by Jimmie Johnson on what basically turned out to the last lap of green flag competition. The No. 21 team recovered from that incident to finish 3rd in the first Duel race on Thursday. This seems like a good value pick at this price. He will start Sunday’s race from the 7th spot.

Ryan Newman($7,000) – Newman has joined the Ford camp as he takes over the No. 6 for Roush Fenway Racing. The 2008 Daytona 500 winner finished 9th in the first Duel on Thursday. His price allows for greater flexibility among the higher priced drivers. He will start Sunday’s race from the 19th spot.