Skip to content
Home NASCAR Blogs Did the Daytona 500 Give NASCAR What it Needed?

Did the Daytona 500 Give NASCAR What it Needed? 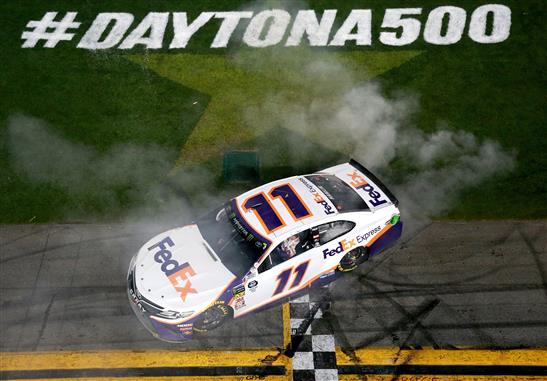 Going into the 2019 season NASCAR faced a number of big issues. As has been widely reported, television ratings have been dropping for a decade or more along with grandstand attendance. Several of the sport’s biggest stars have retired in recent years to be replaced by younger drivers who are in the process of finding their way. And more, new leadership is now in place at a critical time in the history of the sanctioning body with its primary series sponsorship set to expire at the end of this year.

Unlike most sports, NASCAR opens its season with its marquee event and 2019 was no different as the Daytona 500 took the green flag on Sunday afternoon to kick off the Monster Energy NASCAR Cup Series schedule of 36 points-paying races. And to say going into the event that this was one of the most important Daytona 500s in recent history would be no exaggeration as the sport faces what could be an important watershed moment.

NASCAR will be implementing a new set of rules that will begin to take effect immediately following the Daytona 500 as drivers and teams move on to the Atlanta Motor Speedway for the Folds of Honor QuikTrip 500 next Sunday. On tracks that measure more than one-mile in distance, engines on the cars will be fitted with a tapered space that will reduce air and fuel flow which will cut horsepower to as low as 550 from the 800+ that Cup engines can produce without the spacer. And more, most tracks of that size will also require the cars to have aero ducts that will increase air flow, and thus slow the machines even more. The hope is that the new package will create more pack-style racing commonly seen at Daytona and Talladega.

Monster Energy NASCAR Cup Series cars in Atlanta will use the tapered spacer but will not be fitted with the aero ducts.

So obviously, there are many issues facing NASCAR here at the beginning of the 2019 season.

With a certain degree of uncertainty in the air as the campaign got underway in the sport’s biggest event, one has to ask, “Did the Daytona 500 give NASCAR what it needed going into such a pivotal year?”

On a very positive note, the grandstands at Daytona International Speedway were packed to capacity as the facility reported that a sellout crowd was on hand. This was particularly noteworthy considering that the events leading up to the big race had not exactly been great for business. Thursday’s Gander RV Duel races used to set the starting lineup for Sunday had been less than exciting to say the least. Then the NASCAR Racing Experience 300 Xfinity Series event had produced very little entertainment. So filling all the seats on Sunday was a significant achievement.

And to add more to the positive vibe, the weather for the Daytona 500 was excellent which meant there would be no tiresome rain delays to cause fans to tune away from the race before the action even got started.

There was also a major concern following the Advance Auto Parts Clash contested a week prior to the main event and then the two Duel races that drivers would simply choose to get into a single-file line and click off laps rather than race each other throughout the course of the full 500 mile distance. Such had largely been the case during the Xfinity race on Saturday and social media was abuzz in the hours prior to the Cup Series green flag that the 500 would take on a similar pattern. 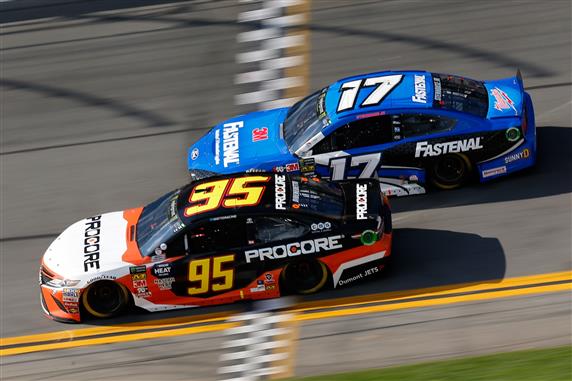 The Daytona 500 had plenty of side-by-side racing action

Fortunately, that did not prove to be the case as cars were aligned in two-wide and three-wide formation throughout much of the day on Sunday. As a result, there was not the excuse of the race being too boring for viewers to remain locked in.

And along with that side-by-side racing there will be crashes. One would hope that no one watching wants to see drivers get injured and most fans do not wish to see the hard work of crew members be destroyed by the massive wrecks that the restrictor plate race tracks so often provide. However, even the purest of fans have to admit that these wrecks do make for plenty of highlight material on the various sports shows broadcast on a daily basis. And that exposure, while it may not be what true fans want to see, is valuable for attracting future TV viewers.

And lastly, every great sporting events needs to have a feel-good story line attached to it in some way. During the off-season the much beloved Joe Gibbs Racing visionary and son of Joe Gibbs passed away. It had been J.D. Gibbs who had wanted one of that stable’s cars to carry the number 11. So when that car with driver Denny Hamlin crossed the finish line first there was an overwhelming sense of satisfaction among many within the NASCAR community as TV cameras followed an emotional Joe Gibbs to victory lane.

So yes, the Daytona 500 did its part to give NASCAR what it needed. There was excitement, there was emotion, and most of all, there was reason to keep watching. And according to initial reports, television ratings were up compared to those of last year. Now, will the rest of the season be able to maintain the level of drama raised by the sport’s marquee event?