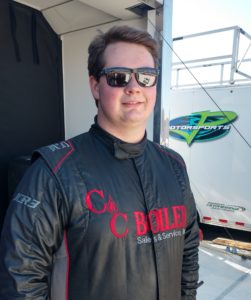 For seven consecutive years between 2009 and 2015 the Pro All Stars Series South division had seven different drivers to claim the season-long championship for the pavement-based Super Late Model circuit. But beginning in 2016 Matt Craig began a streak that has now reached its third straight season in which he has laid siege to that touring series title.

On Saturday at the Hickory(NC) Motor Speedway the Kannapolis, NC driver placed third in the Mason-Dixon Mega Meltdown 200-lap race which was good enough to secure yet another championship for the driver of the No. 54 machine.

While Craig and his team put together an impressive campaign in 2018 which not only resulted in a championship but also one PASS South Series triumph it still pales in comparison to his efforts of a year ago.

“Our year has been pretty good,” Craig pointed out in an interview with InsideCircleTrack.com. “We got a win on the PASS series and we’ve had some top-fives and top-tens. Last year we had a phenomenal year, but you can’t expect that every year.”

Craig collected a total of eight checkered flags in 2017 on his way to his second PASS South title.

The 19-year-old racer would certainly love to parlay his recent success into a move up the racing ladder. However, he not only remains realistic in that quest but he is also content with where he is at this time. According to the champion, there is much to like about his current situation.

“I want to move up, but everybody wants to move up,” Craig explained. “But I really love racing these Super Late Models. The rule book is pretty thin on these things, mainly body rules, but you can get so creative with everything. Kind of like a Dirt Late Model, you can get really creative with the setup and everything. I’d love to move up, but it’s really expensive to do it by yourself. If we got some help to do it that would be great but I love racing these and if this is all I do I’ll be happy.” 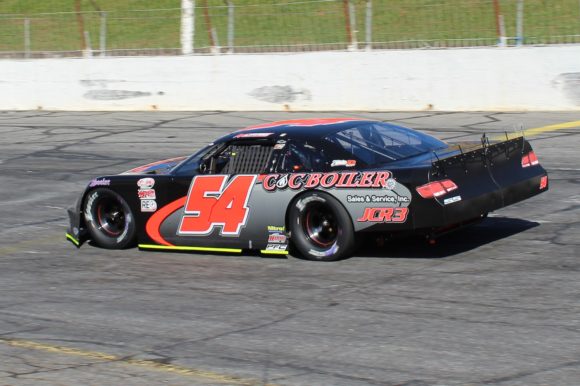 Craig believes Super Late Model racing on paved surfaces has a lot to offer fans as well as competitors. There are plenty of reasons to be excited about the competition on the Hickory track as well as on the series as a whole.

“Here at Hickory when there’s a lot of cars here like today the field doesn’t really spread out,” he said. “It will be double-file racing for a long time throughout the field and it will be like Friday afternoon traffic for a while.”

The ingredients for success in pavement Super Late Model racing is much the same as any other form of the sport. And more, the length of the races places emphasis on not only the abilities of the driver and crew but also on the mental aspect of competition.

“In these PASS races at the beginning of the race you’ve got to be patient and you’ve just got to keep everything straight and keep the fenders on it and the tires under it,” the champion explained. “The excitement really starts happening when you get inside 50-to-go and everybody starts dicing and running hard. Everybody wants to end the year with a good race so everybody is going to be putting a little extra effort in to get a good finish.”

And the historic third-mile track adds another element into the equation.

“Hickory is a little bit smaller track than we race at sometimes so the speed isn’t as high but you’re still getting around here in 14 seconds so you’re moving pretty quick.”

Craig works full-time in his family’s business but also dedicates time to his race car on most days. At the same time, he is fortunate to have good help.

The goal is for the No. 54 car to be on the track 25 times per year in PASS races as well in other events.

“I’ve got it a little bit easier than most guys,” he declared. “I do a little bit but I’ve got a guy in the shop full-time(Richard). He does a phenomenal job. He does the work of about four guys. I’m real lucky to have him because I work at my family’s business, C&C Boiler, during the week from 7:30 to 4:30 then I spend about two to three hours in the race shop after work so I don’t have much free time. But I love it.”