If NASCAR Really Wants Rules Violations to Go Away …

There have to be rules in racing. And consequences for violating those rules must be enacted by those in charge of overseeing the sport.

While the report on Wednesday that Kevin Harvick’s Stewart-Haas Racing No. 4 team had been slapped with a penalty for a violation regarding the car’s rear spoiler was certainly newsworthy, it was not necessarily surprising. While this same team has been hit with penalties before(earlier this season at Las Vegas), it’s not that just one team is committing all the rules violations in NASCAR. Several teams have been hit with one form of penalty or another throughout the season because their car couldn’t pass an inspection either before or after a race. The real issue seems to be that these type of infractions keep happening over and over again. 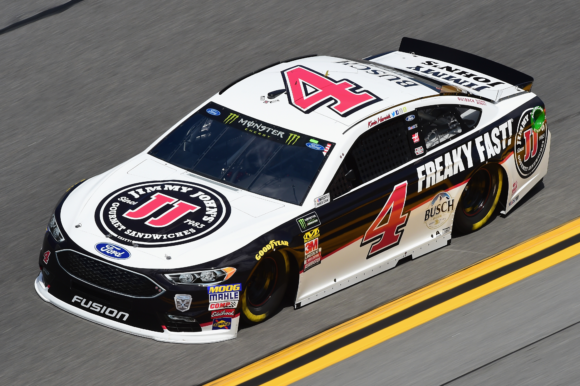 Unless NASCAR finds some sort of joy in announcing penalties for violations, there is a way to reduce or even eliminate these types of infractions.

In many other forms of racing, including most forms of dirt racing, complete disqualifications are handed down when a car is found to be outside the rules. In those instances the offending team is treated as if they were never there at all. No points are issued, all money thought to be earned is not issued, the trophy is handed to someone else, and the record book offers no indication that the driver of that car crossed the finish line first.

In one notable example, dirt racing legend Scott Bloomquist was disqualified from the Dirt Late Model Dream at Eldora Speedway in 2015. When the famed No. 0 car was found to be too light at the scales following the race, Bloomquist lost out on the $100,000 payout. No fines were issued, no suspensions of crew members were handed down, and no points were taken away. For that matter, no points were ever issued and no money was ever paid out. 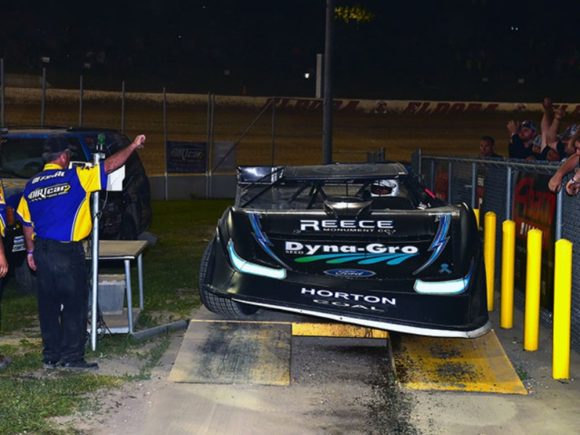 It was as if Scott Bloomquist was never there other than the fact that his entry fee was paid.

While fines, points deductions, suspensions of crew members, and the loss of playoff rewards may seem to be harsh punishments for rule violations, those sanctions apparently do not serve as strong enough deterrents because teams continue to push the envelope… and get caught.

Image what the following Monday morning(or Thursday morning) would be like at a NASCAR team shop when the owner had to field a phone call from a sponsor that pays millions of dollars to sponsor a car only to have that car disqualified. That would not be a happy situation.

Obviously the points situation would take care of itself in a circumstance such as that because none would ever be awarded. Fines would not be necessary because the offending team would have paid out the considerable expense of fielding a race car for a weekend without getting anything back in return. Crew member suspensions wouldn’t be necessary because the responsible crew members would likely find themselves without employment if the violations occurred more than once.

At the same time, however, it’s easy to understand why NASCAR might not be willing to take such harsh measures because those sponsors mentioned above might be discouraged from continuing their involvement in a time when companies willing to pay out that which is required to fund a team are becoming less available. But the all-too-frequent announcements of violations that seemingly come on a weekly basis have to be somewhat embarrassing for all involved.

What it ultimately boils down to is what kind of publicity does NASCAR want in these situations. Maybe they feel as if getting into the mid-week news cycle is helpful in terms of generating interest. Or perhaps they feel as if having to announce a disqualification would do more harm than good for the sport.

There will always be the debate as to whether NASCAR has too many rules(which I believe they do) or whether or not violations should be found somewhere other than the track, but those are topics for another day. For now the topic is how to make the violations stop and that answer is a clear cut one to this writer- let it be known and then follow through with complete disqualifications of the violators and the violations will see a sharp decline.