Turn 2 Blog: Talladega featured the Good, the Bad, and the Ugly 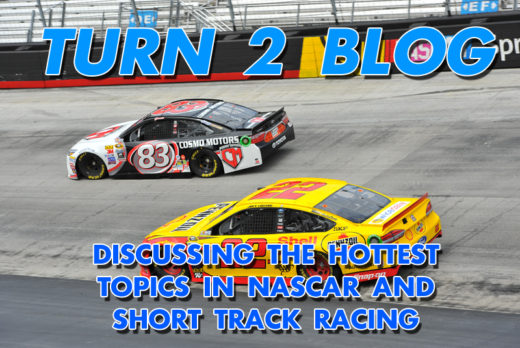 Richard: The Monster Energy NASCAR Cup Series race at Talladega Super Speedway is now behind us and the 1000Bulbs.com 500 certainly created a number of talking points. Some of those points could labeled as good with others fitting the category of bad and still others were just plain ugly.

Let’s start with the good stuff. After a season almost totally dominated by three drivers, there was a racer standing in victory lane for not only the first time this year but for only the second time in his career and the first time since 2014. Aric Almirola’s win certainly came as a breath of fresh air. And not only that but his victory at Talladega guaranteed him a place in the ‘Round of Eight’ portion of the NASCAR Playoffs.

It never hurts to add fresh faces to the mix, no matter what form of racing you’re dealing with, does it?

Michael: I think it’s great when new winners or infrequent winners get a victory in any series on any level. We’ve seen that the last couple of weeks with Almirola winning this past Sunday, Chase Elliott winning the week before, and Ryan Blaney win on the Charlotte roval.

Unless it’s your driver doing the winning, most fans get tired of the same driver or two seemingly winning all the time. For the average fan, it shows anyone outside the “Big 3” can win races this season. 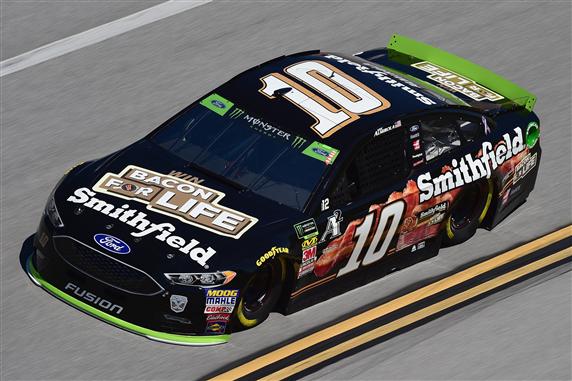 Richard: Another positive point coming out of Talladega, at least from the standpoint of drivers and teams, was the fact that this race did not feature an overabundance of carnage. Typical restrictor plate races are highlighted by at least one ‘Big One’ at some point during the day or night in which fifteen, twenty, or more cars are eliminated or badly damaged in the melee.

Following the race I joked on Twitter that confused crew members were loading undamaged cars back into the haulers for the trip back to the shop. Often, there are at least a few crews trying to figure out how to get the twisted metal that was once a race car back into the box.

Following the wreck-fest that took place in July at the Daytona International Speedway, it was not unreasonable to expect the same from this race. But with a rules package that allowed for more in-line racing, the crashes were kept to a minimum. And with cars not running in the big three-by-three packs, the accidents tended to involve fewer machines.

All that said, this is where NASCAR finds itself in a real catch-22 situation. Big wrecks are obviously dangerous and not good for teams and drivers. At the same time, fans have come to expect the pack racing that often leads to those crashes. If the sanctioning body writes its rules to please the teams, the fans will probably not be happy. But if the fans get the big packs they want, the drivers are placed in greater danger.

The fact that there wasn’t as much scrap metal being collected after the day’s action in Talladega was something no doubt appreciated by crew members but also something apart from what the fans would call enjoyable.

NASCAR is in an unenviable position with the races at Talladega and Daytona, aren’t they?

The one thing that made the Talladega race interesting was that the four Stewart-Haas Racing cars teamed up and nullified any racing to be done for the top-4 spots. That changed with some late pit stops. But on the track, those four dominated in a way that hasn’t been seen at Talladega since the introduction of the restrictor plate. From that standpoint, I can see why many fans were disappointed with this particular race.

One thing I’m interested in seeing is the new rules package for the plate tracks that take place after next year’s Daytona 500. The restrictor plate will be gone and a new engine configuration will take its place. No one knows if there will still be pack racing, if tandem racing comes back, or if it’s like pre-1988 where the fields would get strung out. We have to wait until April at Talladega to see how the new package will work.

Richard: Your comments regarding the Stewart-Haas cars brings me to my next point. As I said at the beginning, this piece is titled the good, the bad, and the ugly.

And now for the bad.

I’m not sure true fans want to see big pileups but I believe they do want to see side-by-side racing in tightly formed packs on the big tracks. Granted, that type of racing does sometimes result in crashes. But what it also results in is a significant number of drivers being pulled into the mix in terms of having a chance to win. That never really materialized on Sunday at the big Alabama facility.

Instead, we saw the field struggling to keep pace with one organization that clearly had an advantage over the pack. Yes, there were strategy plays, fuel mileage gambles, and other intriguing aspects but we can see those things at Pocono or Michigan.

As Talladega races go, this was somewhat of a letdown for me at least. Did you feel the same way?

Michael: I didn’t think the racing was all that good. With the four cars dominating the rest of the field, it reminded me of the fall Talladega race a few years ago when the drivers basically agreed not to tear up anything and spent most of the race in a straight line riding around the top of the track.

When I think of Talladega, I think of the close racing throughout the race, lots of passing, and close finishes. We didn’t see any of that this time. While I’m glad there weren’t many cars torn up, the action itself was not that exciting.

Richard: While it may have been considered good racing at many other tracks, it was not typical Talladega racing. Again, I don’t think true fans want to see all the carnage although some occasional drop-ins may want that. As for myself, I like the side-by-side aspect of the pack racing and the strategy of drivers trying to get themselves in the right line at the right time.

But if there is a good aspect and a bad aspect, there also has to be an ugly aspect to keep with the Clint Eastwood movie theme.

The ugly as far as this race is concerned came afterwards. Stewart-Haas Racing’s Kurt Busch led more laps than anyone and took the white flag at the front of the pack. However, his No. 41 Ford sputtered in turn four as his fuel supply ran low. That allowed teammate Aric Almirola and numerous other cars to get by on their way to the checkered flag.

When the cars and drivers made their way back to the garage area Busch implied that NASCAR had made two very poor calls regarding the final laps that had cost him a shot at victory. The 2004 Cup Series champion declared that the sanctioning body had made the field run an extra lap under caution that was unnecessary which had burned up his fuel supply. Then, he added that a caution flag should have been waved when three cars spun and crashed in turn one just after taking the white flag. He stated that the wreck was significant enough to dispatch an ambulance to check on the drivers involved, and thus, the field should have been slowed.

In your view, does Busch have a legitimate gripe … or two? 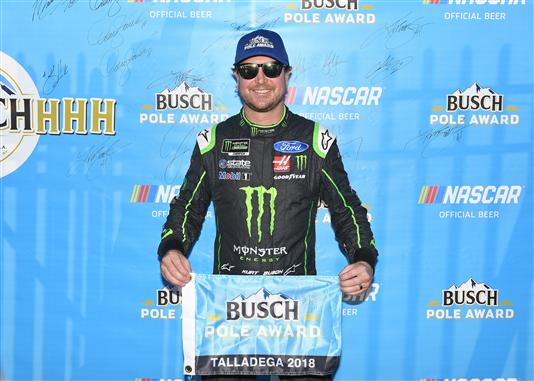 Michael: He has a legitimate beef on the lack of a caution. I kept expecting NASCAR to throw the yellow flag, but they never did. I was a little surprised. They are totally inconsistent on these calls. I can understand Busch’s frustrations with that decision.

There are times when I wonder why cautions take as long as they do. We know NASCAR defers to the TV networks on when to get the action back to green once the track is clear. But there are times when TV has been back on the air for several caution laps and there appears to be nothing to prevent the action from going back to green. I have been to a number of races and listened to drivers on the scanner question why they aren’t going back to green. Typically, the spotter or the crew chief will respond with an “I don’t know.” But I see the same thing at the local short tracks. I don’t think this is just a NASCAR-only issue.

Richard: And finally as part of the ugly portion of this piece, there was a bit of a beef between NASCAR, the drivers, and the non-TV media following the 1000Bulbs.com 500 when AP reporter Jenna Fryer and others raised the issue that no one from the sanctioning body nor the drivers in question were on hand to field questions about Busch’s complaints. Since I wasn’t there I can’t state for sure one way or the other whether those grievances are indeed a reality but I can say that being a member of the working media at a NASCAR event is not nearly as easy as it is at an event sanctioned by the Lucas Oil Late Model Dirt Series or the World of Outlaws Late Model Series.

NASCAR drivers are not nearly as available as they once were to media, fans, or anyone else. Not so surprisingly, attendance and television ratings have been in a slide ever since that distance between drivers and those who want or need their attention has been established. While it can’t go back to what it was in the 1980’s, there needs to be more openness among NASCAR leaders and the drivers toward fans and media.

After all, the availability of the drivers used to be one of the sport’s great selling points.

Michael: It certainly looks as if today’s drivers are less likely to stir the pot since Stewart and Dale Jr. have retired. That is not a good thing for the sport.