Clint Bowyer’s Path to the Final Playoff Round is Clear 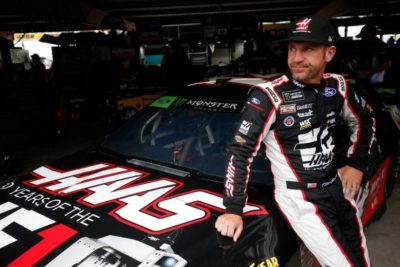 Of all the drivers remaining in NASCAR Playoffs, Clint Bowyer has one of the most obvious paths laid out in front of him to make it to Homestead-Miami Speedway as one of the four contenders racing for the Monster Energy NASCAR Cup Series title. The Emporia, Kansas native currently sits above the cutoff line in the sixth spot of the standings with a 21-point cushion ahead of the ninth position going into the final race of the ‘Round of 8’ on Sunday at Kansas Speedway.

With Bowyer holding a relatively comfortable margin over those below the cutoff line going into the Hollywood Casino 400 in his home state the No. 14 Ford needs primarily to avoid disaster. And while that seems simple enough for a driver and team that have compiled three top-5 and four top-10 finishes in their last six races, there have been spells of inconsistency with those other two finishes being a 23rd and a 35th within the most recent six races.

Another thing that would seem to be working in Bowyer’s favor is the fact that the driver will be racing on home turf this weekend. However, the Kansas Speedway has not necessarily been one of his best during the course of his Cup Series career. The driver has never won in his home state and has only scored two top-5 and six top-10 results in 20 total Cup Series starts on the track located just across the state line from Kansas City, MO.

Bowyer has scored a 9th, 19th, and a 15th at Kansas Speedway since joining Stewart-Haas Racing. That 15th came earlier this season in a race won by SHR teammate Kevin Harvick.

But with all that said, Bowyer does have an average finishing position of 16th on this track. A similar run or better on Sunday would most likely propel the 39-year-old driver into the next round of the playoffs.

But where Bowyer’s path to making the list of four drivers who will contend for the season championship becomes more clear following the Kansas race. Should Bowyer make his way into the ‘Round of 8’ the next event on the schedule will take the Monster Energy NASCAR Cup Series to the Martinsville Speedway for the First Data 500.

A win in any of the three races that make up the next round in the NASCAR Playoffs will provide an automatic invitation into the final four in south Florida. 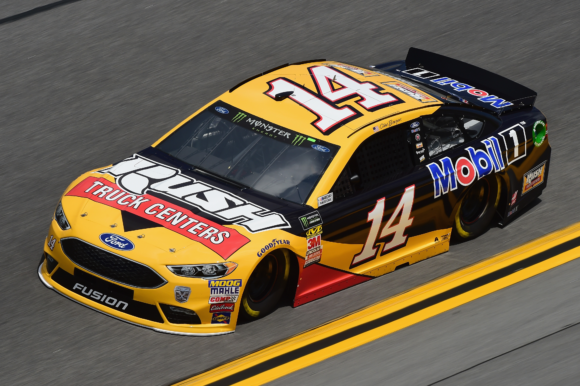 The last time the Cup Series visited Martinsville back in March, it was Bowyer who drove to victory lane. And not only did the SHR team win the race, but it was a dominate performance. The No. 14 was placed on the top of the leader board for a total of 215 of the 500 laps on its way to the checkered flag.

Not only did Bowyer perform well on the paper clip-shaped half-mile in March but he has performed well there throughout his career. Along with his earlier win, the veteran racer has scored six top-5’s and a career-best 15 top-10 finishes on the Virginia track.

The pieces are in place for Clint Bowyer to make his way into the championship round of the NASCAR Playoffs. A solid performance on his home track this weekend combined with a repeat of what took place earlier this season and he would be in. And if not a win in Martinsville, a good finish would at least set him up with a chance to out point the other contenders and make his way into the final round that way.