Skip to content
Home Short Track Blogs Can A Racer Have A Great Career Without Success in NASCAR?

Can A Racer Have A Great Career Without Success in NASCAR?

There is a prevailing attitude, among some fans and media at least, that a race car driver’s career will go down as incomplete or even unsuccessful if he/she has not made it to and succeeded at the “big time” levels of the sport. If said driver has not won races in NASCAR, IndyCar, Formula 1, or the NHRA they have failed in some way and will thus be living with some degree of regret at having not made it to the top.

And while such a statement may at least be somewhat true of a baseball player who makes it to the minor leagues but never gets called up to the majors, racing exists within a very different framework. One person’s failure may be another person’s ideal of success when it comes to the different forms of racing. 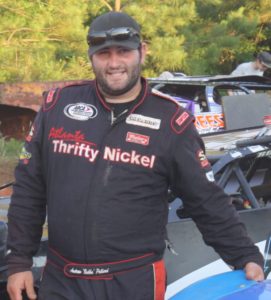 For example, Josh Richards has won championships in the World of Outlaws Late Model Series and the Lucas Oil Late Model Dirt Series. Furthermore, he has taken checkered flags away from big events such as the $100,000 Dirt Track World Championship and the $50,000 USA Nationals. To avid followers of Dirt Late Model racing, that would rank as one of the most highly successful careers in racing.

However, in his attempts at making his way into the NASCAR Camping World Truck Series and the NASCAR Xfinity Series, Richards was unable to score a single top-10 finish in a total of 23 starts on those two circuits. For those who only follow NASCAR as their choice of racing entertainment, the Shinnston, WV driver’s career might seem unfulfilled.

Bubba Pollard ranks as one of the most successful Late Model racers in history on paved tracks. A discussion of short-track racing over the past decade would have to be considered incomplete without the mention of his name. The Georgia driver has earned numerous victories in some of that form of racing’s biggest events.

That said, Pollard has never started a race in one of the top-three divisions of NASCAR which would cause a few to believe that he has fallen short in his racing career.

During a media availability session prior to the running of the Fr8Auctions 250 NASCAR Camping World Truck Series race at the Talladega Super Speedway, driver Johnny Sauter, who competes in pavement short-track races during breaks in the CWTS schedule, was asked if he thought veteran Late Model drivers had given up on the idea of sitting where he is as a competitor in NASCAR. 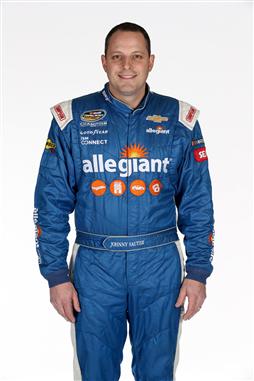 “Yeah, they talk about it but I think those guys are very content doing what they’re doing,” Sauter replied. “I think that racing in its purest form is the Saturday night stuff, in my opinion. I think those guys are having a blast, I know Bubba is for sure being able to go out and race all over and run basically all the big shows, the big paying races, and he’s been really successful this year doing that.”

Pollard has won the Oxford 250 at the Oxford Plains Speedway in Maine as well as the Canadian Short Track Nationals among other races so far in 2018.

Sauter went on to point out the example of short-track regular Rich Bickle, who has started a combined total of more than 200 races in NASCAR’s top-three divisions, as a racer who is having success outside the realm of the ‘highest level’ of the sport.

The 2016 CWTS champion did add that he would like to see those successful short-track stars have a chance to at least make occasional starts in NASCAR, as was the case years ago when drivers such as Butch Lindley and Jeff Purvis would drop in for a turn at the bigger venues.

“I know Bubba’s having a blast and the guys like Bickle, who have been here, are content doing what they’re doing,” Sauter pointed out. “I think it’s cool to see guys doing that kind of stuff, personally. I think it would be awesome to see some of those guys, like you did back in the day, get a chance to pop in once in a while. It would be pretty awesome if that was still the case.”

Race car drivers don’t have to succeed in NASCAR to be considered great racers. Certainly the money is better and the notoriety is greater at that level. Still, success comes in varying degrees. 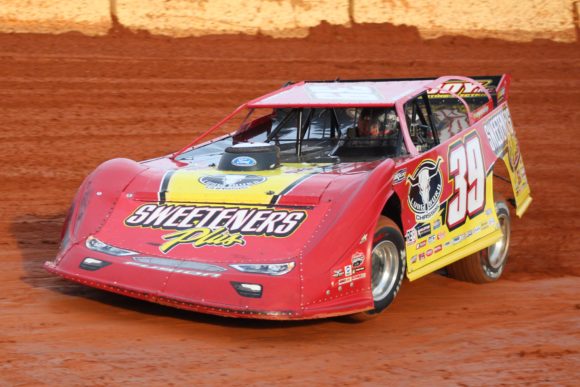 Tim McCreadie is a former World of Outlaws Late Model Series champion and he just won Dirt Late Model racing’s most coveted prize in the World 100 at Tony Stewart’s Eldora Speedway. He will go down in the history of dirt racing as one of the best, and will have had a great racing career whenever he steps away, despite the fact that his six NASCAR Xfinity Series starts back in 2007 did not result in a single top-10 finish.