Playoff Teams Must Decide Between Gambling or Playing It Safe 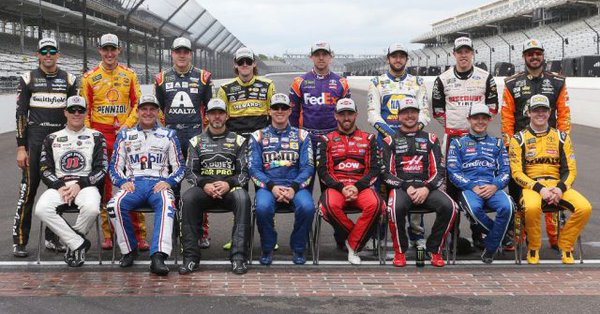 With the Monster Energy NASCAR Cup Series about to head for Las Vegas it seems like a good time to talk about gambling. But this piece isn’t about the type of gambling one might do at a slot machine or a blackjack table. Rather, it’s about the type of gambling the teams who find themselves locked into the NASCAR Playoffs might very well find themselves doing over the course of the next three weeks.

As the playoffs are structured, 16 drivers and teams qualified to race for NASCAR’s ultimate prize over the next ten races. However, that field of championship hopefuls will be cut down by four after the third, sixth, and ninth events until only four will compete for the championship in the Ford EcoBoost 400 at Homestead-Miami Speedway on November 18th.

With four drivers set to be eliminated from contention following the Bank of America 500 at the Charlotte Motor Speedway Road Course on September 30th, a question looms that must be answered by ever team taking part in the playoffs. Do we gamble and try to win or do we play it safe to advance based on points these during these first three races?

Race wins are not very easy to come by in NASCAR and that has been particularly true in 2018 if your driver’s name doesn’t happen to be Kevin Harvick, Kyle Busch or Martin Truex, Jr. So from that standpoint, one would think that teams ought to be willing to do whatever it takes to earn a much coveted checkered flag.

However, the possible pitfalls have to be taken into consideration. Is it really worth it to gamble for a win in the first round of the playoffs?

Teams could gamble for race wins in multiple ways in Las Vegas, Richmond, and Charlotte. And it has to be considered that achieving a victory assures a team of entry into the next round no matter what results they attain in the other two events. And also realize that the first-time ever race on the so-called “roval” in Charlotte brings a major unknown factor into this first round.

An attempt to stretch fuel mileage late in the going of a particular race might result in a win… or it might result in the car running out of gas and crossing the finish line in 25th place.

Teams might opt to go for a two tire change or not pit at all under a late race caution flag to gain track position in hopes of scoring a win or a top-5 result. But at the same time, those old tires might cause their car to get freight-trained by those sporting fresh rubber over the closing laps bringing about a 20th place finish.

Further, a team’s driver could gamble by making a move to gain a spot that sends the car spinning into the outside wall and garners a 35th place ranking on the final leader board.

The reality is that gambling for wins or top-5 finishes during the first three race of the NASCAR Playoffs is probably not worth the risk. With only three races before the first cutoff and considering that a team has to only beat out four others to advance, playing it safe may very well be the best option.

A fuel mileage gamble in Vegas may not be the right thing to do. Banging fenders with the competition on the short track at Richmond or trying to dive deeper into a tight turn on the road course at Charlotte could prove disastrous for one’s title chances.

However, the unknown of the Charlotte road course may cause some to gamble in Vegas or Richmond. And obviously, a poor result in one or both of the first two races of round 1 would likely leave teams with no other option but to take the risks necessary to capture a win and punch their ticket into the second round.

So what to do in the first round? That’s the question each of the 16 playoff teams are considering as they approach the 2018 version of the NASCAR Playoffs.