Nik Williams closes out 2018 at Kingsport Speedway in strong fashion 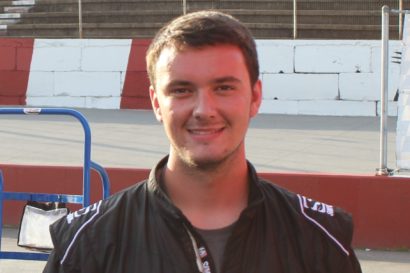 Nik Williams finished the season at Kingsport Speedway about as hot as a driver possibly could. The Greeneville, Tenn. racer won six of the final eight Late Model Stock Car races held on the upper east Tennessee track known as ‘The Concrete Jungle’ to close out the 2018 campaign. The driver points out that his strong late season charge was aided by the preparation leading into each race night.

“We work on it all week” Williams explained in an interview with InsideCircleTrack.com. “It’s like having another job. When you get home you get in the shop and get after it. And we’ve tested all year. When we race here on Friday’s, they have a test session on Thursdays and we’ve tested all year. At the first of the year we had a good car but it was an older car that we ran with a little bit older motor because we were trying to save our good stuff to go other places like on the CARS Tour and stuff. When the CARS Tour came here in July we brought the new car out with a new motor.”

The new car showed promise in the CARS Tour event held at Kingsport in July before a feature race issue sidelined the No. 32. That initial run demonstrated to Williams and his team that they had a good machine to work with for the remainder of the year.

“We tested with it and my crew chief had it right so we qualified fourth, but we had some trouble in the race,” Williams remembered. “We knew that was the car we needed to bring back, and ever since we brought it back, we’ve won.”

With Kingsport having a concrete surface, drivers must adjust their techniques to have success. And further, the car and its components react differently than when racing on asphalt.

“It’s different,” Williams stated. “At this track you’ve got to give it 100% on every lap. You’re up on the wheel a lot and sawing on it. It’s a unique place to get around.

“I’ve noticed that on this compared to asphalt that the tire wear is different,” the young driver added. “Through a 60-lap race we’ll have maybe a tenth to a tenth-and-a-half fall off. But when we race on asphalt like at Hickory or Tri-County or somewhere like that you’re off by two-and-a-half tenths up to three-and-a-half tenths by the end of the race. And the concrete has more grip is something else I’ve noticed.” 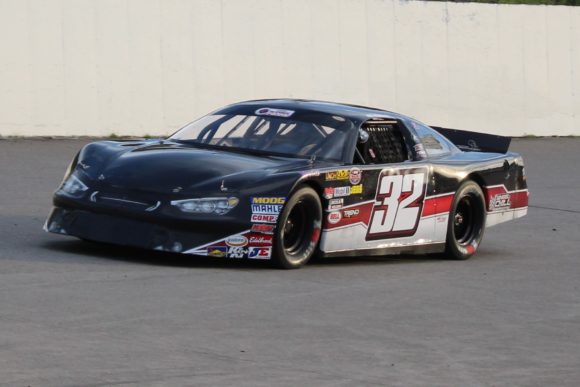 The No. 32 driven to numerous feature wins at Kingsport Speedway by Nik Williams

Williams runs his own lawn and landscape service while also studying as a senior Business Management major at the University of Tennessee. The 21-year-old has shown a great deal of talent behind the wheel with relatively little experience in this type of car.

He and his team planned to primarily compete at Kingsport in 2018 with forays to the Short Track U.S. Nationals at Bristol Motor Speedway(held back in May) and the ValleyStar Credit Union 300 at Martinsville Speedway on September 29.

“This is only my second year in a stock car so the plan was to come here and run the full season but we had to miss some races so we aren’t going to do good in the points,” he pointed out. “We were going to do that and race at Bristol and Martinsville and then maybe hit a CARS Tour race and that’s what we’ve done. Next year we’re going to run here again and try to win the points championship on Friday nights then on Saturdays we’re going to hit some other places but we just don’t know yet where that might be.”