Skip to content
Home NASCAR Features Cup Martin Truex, Jr. trying to “block out all the noise” in search of second title

Martin Truex, Jr. trying to “block out all the noise” in search of second title 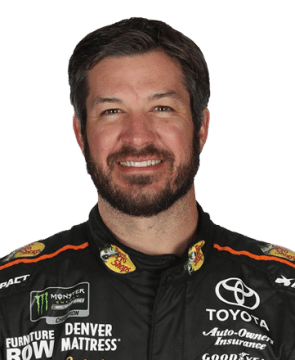 Under normal circumstances the defending Monster Energy NASCAR Cup Series champion would be in the spotlight at the beginning of the NASCAR Playoffs, and that certainly is true of 2017 title winner Martin Truex, Jr. However, these are far from normal circumstances for the Furniture Row Racing team as their title defense begins this weekend in the South Point Casino and Hotel 400 at the Las Vegas Motor Speedway.

As has been well documented, Furniture Row team owner Barney Visser recently announced that the No. 78 operation would be shut down at the end of the 2018 season due to the team’s inability to find adequate sponsorship to carry on at the same level. That then leaves Truex, crew chief Cole Pearn, and all of those involved with that organization in the position of trying to earn a second championship while at the same time being faced with the prospect of an uncertain future beyond the end of the current campaign.

Truex, however, believes that he and his teammates are up to the challenge.

“All we’ve got to do is the same thing we did last year, right?” Truex said with a laugh in a NASCAR Playoff Media Day appearance with Fox Sports reporters Adam Alexander and Jeff Hammond. “It shouldn’t be that hard. Just the same things, really. We just want to make sure we dot all the I’s and cross all the T’s. For me behind the wheel, it’s just try to have the same mindset and focus on the things I can control, try to do the best job I can do, and try to block out all the noise and the outside distractions.”

But there will be distractions. Truex and his team members will almost certainly face questions about their Colorado-based team’s imminent closure as the weeks go by. And should there be a misstep along the way for FRR, some will no doubt express the idea that those mistakes were possibly the result of the distractions caused by the team’s situation.

During the Bojangles Southern 500 at Darlington Raceway on Labor Day weekend, the No. 78 crew incurred a penalty for an uncontrolled tire during a mid-race pit stop. Should something like occur while the team remains in contention during the playoffs, Truex and/or Pearn will likely be asked what role the uncertain future of crew members played in the error.

Published reports have already placed Truex and Pearn at Joe Gibbs Racing for the 2019 season as it has been rumored that those two key players will move to the No. 19 Toyota currently being driven by Daniel Suarez. However, there are many currently on staff at FRR who may not have such certainty regarding their future employment beyond this November. 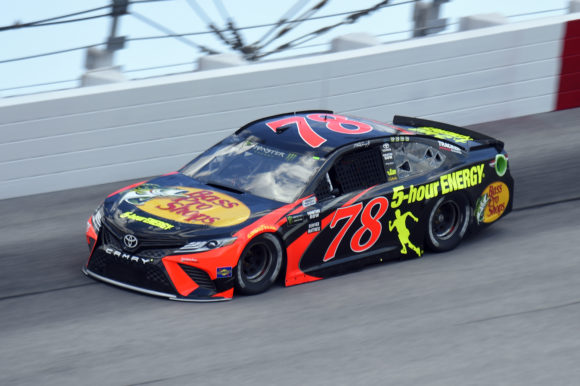 Truex in the No. 78 Furniture Row Racing Toyota(Photo: John Harrelson/NKP)

“I don’t know that we’ve sat down and had to say ‘Okay, here’s the deal. How you guys felling? What is your reaction?’,” the winner of 12 Cup Series races over the past two seasons said in the media availability. “Honestly, we went to Indy and I didn’t feel like it was any different than two month ago. I think our guys are in a good place. We understand the situation. We understand what happened, why it happened, how it happened, and all those things. We can’t change that. All we can do is go out and try to back up what we did last year.”

Truex then offered high praise for Barney Visser and stated his belief that the team is united in its desire to send the Furniture Row Racing team owner out on a winning note.

“I think all of us have so much respect for Barney, for what he’s done in this sport, for what he’s done for all of our careers,” the two-time NASCAR Xfinity Series champion declared. “And that goes for me, it goes for the guys on the road, and I know it goes for the guys at the shop. And you think about the opportunities he’s given all of us. I think we all understand where we’re at and we all have that perspective of ‘Let’s send him out on top. It’s been one hell of a ride but I think it would be even better if we went back-to-back’. I think that’s everybody’s mindset and I don’t think it even has to be said, it’s just felt and it’s something we all expect.”

Even if the driver, crew chief, and other team members have indeed tuned out ‘the noise’, others around them have not and will bring it up over the course of the next ten weeks. The No. 78 team will almost certainly have to overcome more than stiff competition if they are to bring home a second Monster Energy NASCAR Cup Series title because there are many out there who will be constantly reminding them in every interview and every appearance that there is no home to actually bring the trophy to.