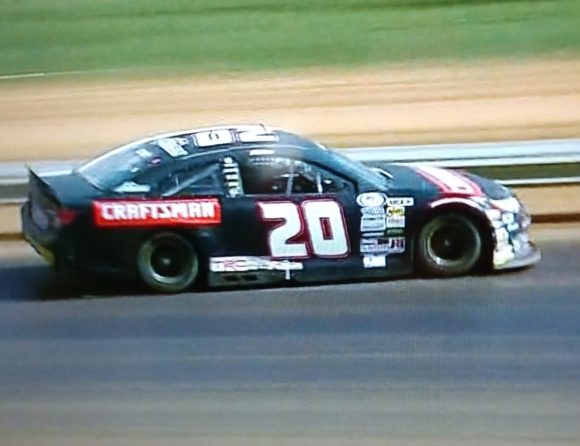 For the second time in the 2018 season the ARCA Racing Series took to the dirt to stage a race. this time it would be at the DuQuoin State Fairgrounds for the Menards General Tire Grabber 100. At the end of the afternoon it was Logan Seavey driving a Venturini Motorsports Toyota who came away from the Illinois track with the win at the end of the Labor Day classic

ARCA Racing Series points leader Sheldon Creed led the way in qualifying with a lap of 31.805 seconds around the one-mile clay oval. That lap bettered the former track previous record held by Ricky Stenhouse, Jr. Dirt Late Model star Ryan Unzicker would start from the outside of the front row with Christian Eckes, Logan Seavey, Gus Dean, Will Kimmel, Kelly Kovski, Zane Smith, Travis Braden, and Riley Herbst rounded out the top-10 on the starting grid.

At the start of the 100-lap main event it was Creed who charged to the early lead and immediately began pulling away from Unzicker, Eckes, Kimmel and Smith. By lap 4 the No. 28 had built a lead of almost a full straightaway with the closest battle on the track being for fifth as Smith worked to hold back the advances of Seavey. However, the No. 41 slipped out of the racing groove which allowed Seavey to move into the top-5 with Kovski also driving around Smith to take sixth.

On the lap 22 restart, Kimmel moved into third after a brief battle with Seavey to secure the spot. At the same time, Herbst and Kovski fighting for fifth just behind with Herbst taking the spot two laps later.

Gus Dean crashed in turn two to bring out the race’s second caution at lap 27 which allowed most of the race’s front runners to hit pit road for tires and adjustments.

Graf spun for the second time on the lap 35 restart to bring out another yellow flag with Creed, Seavey, Herbst, Unzicker and Chase Purdy occupying the top-5 positions on the track.

On the ensuing restart, Seavey showed that he intended to challenge Creed on “The Magic Mile” as the No. 20 car kept pace with the No. 28. Another caution flag waved when Natalie Decker spun on lap 46 which brought Creed and Seavey to the pits and handed the lead to Unzicker.

Braden moved by Unzicker to take the lead on lap 49 while Seavey and Creed looked to make their way forward from sixth and seventh respectively but the action would be interrupted again on lap 52 as Decker again went for a spin in turn one. At the time of caution, Braden, Unzicker, Eckes, Kimmel and Seavey made up the top-5 in the running order.

Braden returned to the lead when the green flag waved again on lap 59 but Kimmel was able to move by Unzicker to gain the runner-up spot. Seavey moved up to third while Creed moved into fourth ahead of the fading Unzicker just before the sixth caution of the day was shown to the field when officials spotted debris on the backstretch on lap 62.

Seavey made a big move on the lap 65 restart. The No. 20 Toyota moved around Kimmel for second as the field roared through turn two then set his sights on the lead car of Braden down the backstretch before delivering a ‘bump and run’ then diving to the inside in turn three to assume the race lead.

Things would get much worse for Braden on lap 68 when his car spun after contact from Purdy and made hard contact with the turn one wall. The previous race leader was eliminated from the race as a result of the mishap.

Unzicker, riding on newer tires than most of the other competitors, made a big move on a lap 79 restart as he went from fifth to second behind Seavey. However, contact from Eckes sent Unzicker spinning on lap 87.

Kimmel was ruled to have jumped the restart on lap 89 and was ordered by ARCA officials to give the lead back, which he did. Seavey then resumed as the race leader and began pulling away from the pack. Eventually the 21-year-old driver who led numerous laps in the NASCAR Camping World Truck Series event at Eldora Speedway drove under the checkered flag to score his first ARCA Racing Series victory.