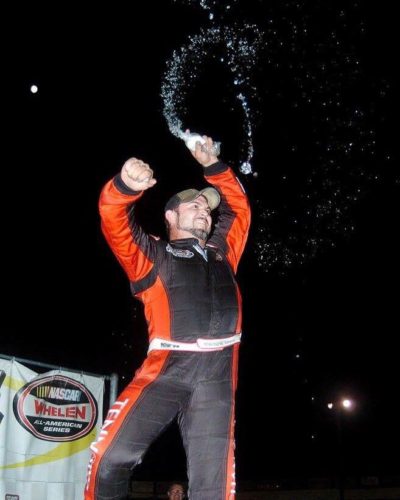 Kres VanDyke has had what many Late Model Stock Car racers would consider to be an excellent season at Kingsport Speedway in 2018. The Abingdon, Virginia driver took four checkered flags and ultimately earned a second place finish in the east Tennessee track’s final standings.

But that’s by the standards of other racers. Based on VanDyke’s past record of success the 37-year-old was hoping for a just a little bit more.

“The season hasn’t been as good as it has been in the past couple of years, but it’s been pretty good,” VanDyke stated in an interview with InsideCircleTrack.com. “We’ve been blessed with four wins. We didn’t get to travel as much as we had before. And we started a driver development program and we’ve been focusing on both things which took a little time away from mine to help that get going. Hopefully in ’19 we can ramp back up and get going again.”

VanDyke, however, knows what would turn a good season into a great season very quickly. This weekend one of the biggest Late Model Stock Car races of the year will take place at Martinsville Speedway as cars hit the track on Saturday night for the ValleyStar Credit Union 300. The winner will take home $25,000 and one of the coolest trophies in all of racing as a traditional Martinsville grandfather clock will be loaded into the victor’s hauler at the end of the night.

This is an event VanDyke circles on his calendar every season.

“It’s like a yearly vacation for all of us,” the winner of more than 80 career LMSC feature races pointed out. “Everybody else plans to go to the Bahamas every year and we plan to go to Martinsville. It’s our Daytona. I think it’s the biggest short-track race in NASCAR, period. You’ve got more talent, more cars, more teams that are associated with this race than any other race in the country that’s NASCAR related. I mean you get a grassroots type race with 70,000 people in the stands like there was last year and that’s pretty impressive. I think it’s going to be a haymaker this year, it’s going to be a great race. It’s going to be one to put in the record book.”

But VanDyke doesn’t plan to merely show up for the race held on the legendary NASCAR track, he plans to contend for the win. And the three-time NASCAR Whelen All-American Series Tennessee State Championship title holder has proven in the past that he can do exactly that.

“We’ve actually had two top-3 finishes there,” VanDyke recalled. “We’ve had a third and a second there. It’s just like anywhere you go. You have good luck and bad luck. We know what it takes to get around the place, we just need luck on our side. Last year we had a fast car and we made it up into the top-10 and were where we needed to be at the halfway point then we had a few things to happen with the brakes and got into some lapped traffic. That put us out of contention but we still finished the race.” 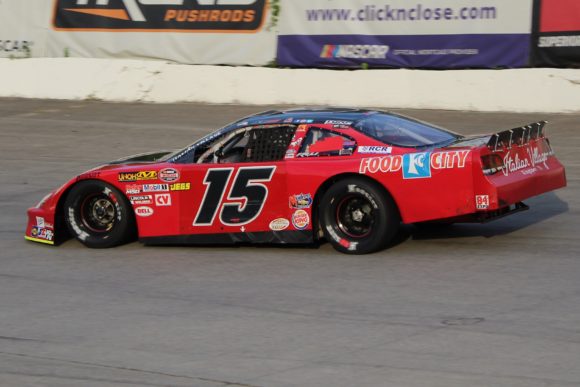 The format for the ValleyStar Credit Union 300 calls for qualifying to take place on Friday night with four 25-lap heat races to be run on Saturday afternoon followed by the 200-lap main event set to take the green flag on Saturday evening. With so much racing to take place over a relatively short period of time it is important to have the car finely tuned before arriving at the storied facility.

“This year we as a team have prepared this thing 100% better in getting ready for this race,” VanDyke explained. “I think the ole girl has got a whole lot to show this weekend. It’s all about the maintenance. You’ve got to keep the car rolling for 200 laps. But Kingsport is tough on a race car so our maintenance program is as good as anybody’s. And I think that’s what helps us out the most because we know how to keep thing going for 200 laps at Martinsville.”

And it’s not just the car that has to be prepared for all those laps on the long straightaways and tight turns of the paper clip shaped half-mile track.

“You prepare yourself when you run these races but you never really run a 200-lap Martinsville race until you go and actually run it,” the two-time Kingsport Speedway track champion declared. “It’s the marathon of the year for all of us. The 60-lap shootouts we have at Kingsport, and South Boston, and Hickory, they’re tough and they’re in the heat of the summer. I’m assuming the car temperatures will be cooler for the night racing and it’ll be a little more comfortable, but you’re still going to have long time to sit there and keep your concentration level up. It’s tough for each and every one of these guys that come out of 35 to 60 lap shootouts to be able to sit in these things for 200 laps.”

This weekend is one Kres VanDyke looks forward to every year. And 2018 is no different as the veteran driver hopes to earn the biggest win of his career in his home state.

“It’s one of my favorite tracks to race at. I know a lot of people hate places like there and Bristol because they hate the tight racing. But look at NASCAR, it grew up years ago on tracks like this. In my opinion, this is real NASCAR racing. It’s what we need to get the sport going. I love these tracks and I’ll never go away from them. It’s my favorite place to be this time of the year.”