Hendrick Motorsports on unfamiliar ground in the NASCAR Playoffs

Have we been transported to some alternate dimension?

After last Sunday’s Monster Energy NASCAR Cup Series event at Las Vegas Motor Speedway the three drivers representing Hendrick Motorsports in the NASCAR Playoffs are staring the possibility of elimination squarely in the face. The championship seeking field will be cut down from the 16 current combatants to 12 survivors following the next two weekends at Richmond Raceway and the Charlotte Motor Speedway Road Course. And with the pending cutoff looming, HMS drivers Alex Bowman, Jimmie Johnson and Chase Elliott are in serious jeopardy of placing this organization that has been a perennial championship title contender on the wrong side of that line.

Currently, only Alex Bowman resides in the top-12 of the MENCS standings among the Hendrick campaigners and he sits in a precarious twelfth. And more, the young driver who took over the No. 88 Chevrolet from popular Dale Earnhardt, Jr. at the beginning of the 2018 has not shown the ability to run at the front of the field consistently during the season. 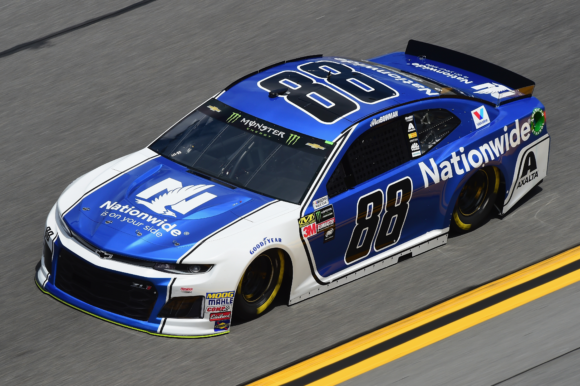 Alex Bowman in the No. 88 Chevrolet

Bowman has scored just two top-5 results along with nine top-10 finishes in his first year with HMS. Those are hardly statistics that would cause any follower of the sport to guarantee that he will hold onto his position and transfer to the next round. Further, the 25-year-old Arizona native only managed an 18th place in the series first event in Richmond and has finished no better than 19th in his last three efforts at Darlington, Indianapolis and Las Vegas.

Despite the fact that the “roval” at CMS will be somewhat of a wildcard for everyone, there is reason for optimism for Bowman as he posted two solid efforts on the previous road course races held this season with a ninth at Sonoma and a 14th at Watkins Glen.

Perhaps the most baffling of the Hendrick teams this season has been that of seven-time MENCS champion Jimmie Johnson and his Chad Knaus-led crew. No wins and only two top-5 and eight top-10 efforts have been the few bright spots in a very un-Johnson like 2018. He is currently 13th in the standings. 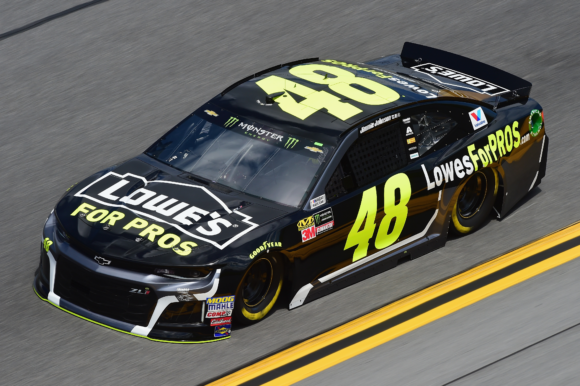 Very few times has Johnson looked like a potential winner so far this season. Further, his last three finishes have done little to inspire hope among the faithful as the familiar No. 48 Chevrolet has finished 39th, 16th and 22nd in those events.

Chase Elliott is the lone Hendrick driver to have posted a win in 2018 when he took the checkered flag at Watkins Glen back in August. More than that, the second generation star leads the organization with eight top-5 and 14 top-10 finishes so far in 2018. However, a crash in Las Vegas resulted in a 36th place final result in “Sin City” which has placed him 14th in the overall standings just nine points below the cut line. 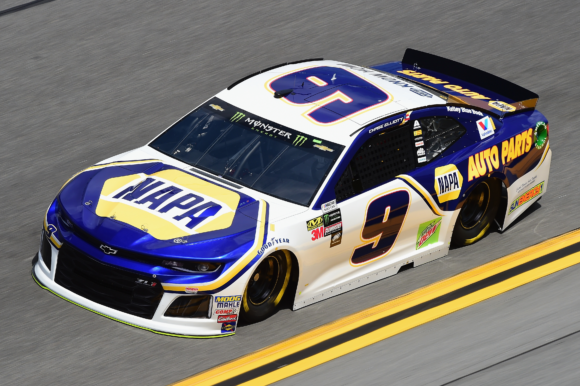 Further encouragement for fans of Elliott comes with the fact that the Georgia native finished second in the series first race in Richmond. And more, the No. 9 Chevrolet ended up fourth on the road course at Sonoma and in victory lane at Watkins Glen.

It would seem that if HMS is to avoid a shutout from the ‘Round of 12’ it will be Elliott who leads that charge.

But no matter whether any of their drivers advance beyond the first round or not, Hendrick Motorsports has performed well off of its usual standards to this point in 2018 and there seems to be little reason to think another championship trophy will be making its way to their North Carolina home base.