For fans of short track racing there can be little doubt that Bowman-Gray Stadium offers up one of the most unique experiences and entertaining programs in the sport. The tight quarter-mile track that was once featured in a series called “Madhouse” on The History Channel provides fast paced action, intense rivalries, varying formats, and old style, hard-nosed racing.

Bowman-Gray Stadium is truly a must see venue for any fan of short-track racing, or any form of racing for that matter. 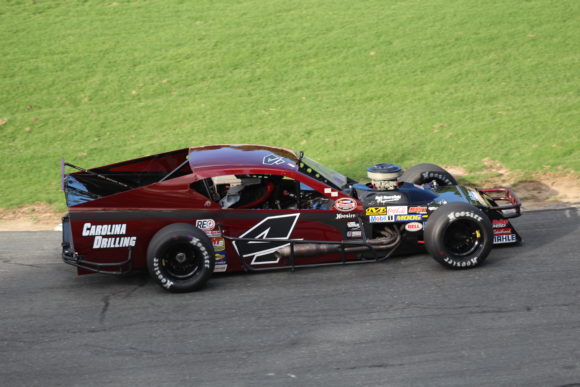 Jason Myers was the Modified winner on the night my sons and I attended.

Recently, I took a break from my usual Saturday night dirt track routine so that my two sons(ages 15 and 13) and I could journey to Winston-Salem, NC for a night of racing that featured a 100-lap Modified main event along with action in three other classes. It was only my second time visiting the track that was founded in 1949 and is NASCAR’s longest running weekly facility.

The track literally encircles a football field that was once the home of the Wake Forrest University Demon Deacons and new serves as the site of Winston-Salem St. University’s gridiron competitions.

But what is it that makes Bowman-Gray special?

The atmosphere is unlike that of just about any other racing facility in the country. Fans come to the Madhouse on a weekly basis to watch longtime rivals and up-and-coming hopefuls beat and bang on each other as they seek a checkered flag and the glory that comes with winning an event on the storied track. 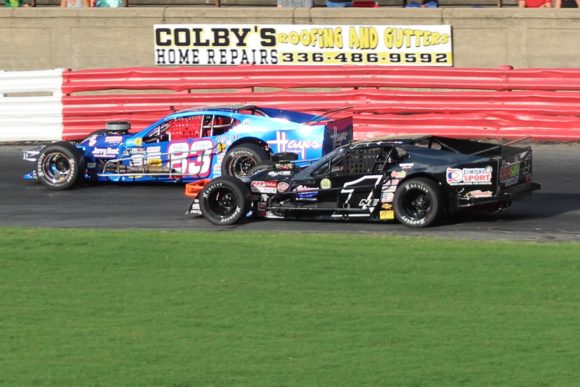 And not only do fans come to Bowman-Gray looking forward to an intense night of racing action but the competitors also show up seeking to achieve greatness and receive the accolades of those fans, which typically number well into the thousands.

Bowman-Gray employs several formats to keep the racing exciting throughout the season. Four separate classes take part in action that can include double features, fans challenges, chain races, and other entertaining shake-ups. 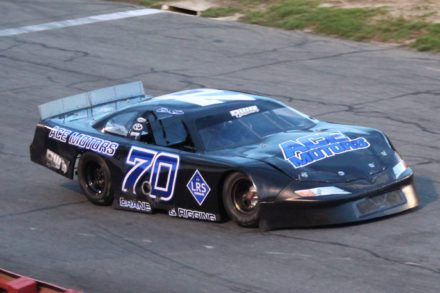 The Sportsman division is a regular class at BGS

Throughout the season the classes, which include Modifieds, Sportsman, Street Stocks and Stadium Stocks participate in double features. In those events, one of the particular classes will have two feature races on the same night while each of the other divisions contest a single race.

In some races for the featured Modified class, drivers who qualify within the top-4 can choose to accept the fans challenge. If any of those racers accept the challenge he can earn additional money by racing his way back into the top-4 by the finish. This adds excitement for the fans but it comes with a risk for a driver who stands to make more money but could also find himself caught up in an accident while racing among those who qualified further back in the field.

Some accept the challenge while others opt to not take the risk of losing valuable points by being taken out in an accident. 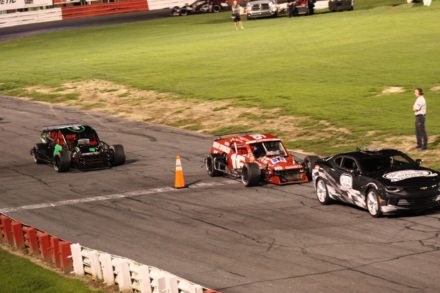 Drivers choose their lane as they approach the cone

In another format designed to peak the interest of fans, all drivers in the Modified features consisting of 100 laps or more must draw for their starting position rather than simply lining up as they qualified. While this may seem unfair to some, BGS offers a way for drivers to move forward. During each caution flag, a cone is placed in the middle of the front stretch just before the cars resume green flag racing. Drivers can choose to go inside or outside the cone but they must maintain that line for the restart.

Most drivers choose the inside line on the flat track that tends to be bottom dominant. As a result, a driver further back in the pack can make up positions by opting for the outside line. Of course, the challenge, and the excitement, comes from watching that driver try to maintain his improved position against those who chose the preferred line.

On the night my sons and I attended, Jason Myers took advantage of the cone to move up from mid-pack to eventually score the win. 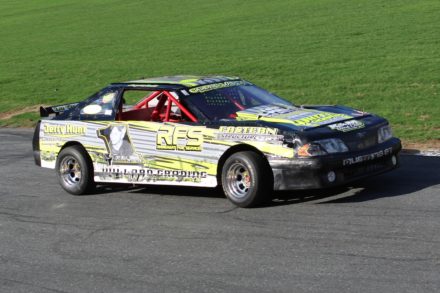 The Stadium Stock class is a favorite at BGS

Another interesting format at Bowman-Gray takes place in chain races. In those contests, two cars are literally chained together with the front car having an engine but no brakes while the rear car has brakes but no engine.

Something else this writer and fan appreciated was the fact that the show was not overburdened with qualifying and the racing action started exactly at the advertised time of 8:00pm.

There really is a lot to like about Bowman-Gray Stadium. The Madhouse will conduct its season finale this Saturday evening with a 150-lap Modified feature. It’s worth the trip from wherever you might be to take in some great short-track racing.