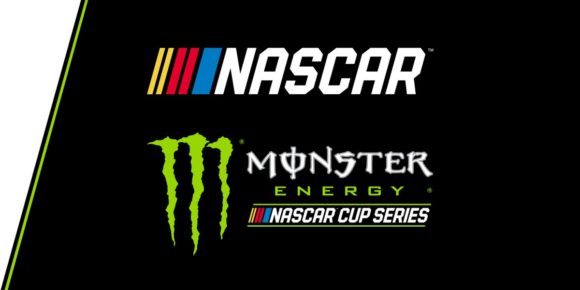 No doubt Kevin Harvick is hopeful the good vibes he got in winning last weekend at Michigan will make a difference at the always-tough Bristol Motor Speedway half-miler this Saturday night.

There are good indicators for the seven-time 2018 winner Harvick entering the Bass Pro Shops NRA Night Race (Saturday, 7:30 p.m., NBCSN, PRN, SiriusXM NASCAR Radio). He has only two wins at the half-mile track, but the last came in the 2016 night race – and he won after qualifying 24th, the farthest back a winner had come since Dale Earnhardt Jr. won after qualifying 30th.

Harvick’s seventh season win on Sunday is also a good indicator of his No. 4 Stewart-Haas Racing Ford team’s preparedness. Twice already in 2018 he’s put together consecutive wins. He won three straight very early in the season (at Atlanta, Las Vegas and Phoenix) and answered with consecutive trophies at Dover and Kansas. He’s won two of the last four races leading into Bristol – at New Hampshire and Michigan.

Busch arrives at Bristol with top-five finishes in nine of the last 10 races – including a third-place at Michigan last week in the No. 18 Joe Gibbs Racing Toyota. His last win was at Pocono three weeks ago.

While his fellow competitors among the sport’s “Big 3” may be extremely confident about racing at Bristol, reigning Monster Energy Series champion Martin Truex Jr. may be a little less so. Of all the venues on the Cup schedule, statistically speaking, only the two restrictor plate tracks in Daytona Beach and Talladega, Alabama, have confounded Truex more than the half-mile Bristol “bullring.”

His average finish there is 20.7. He is still looking for his first win in 25 starts and he has only one top-10 in the last seven years – an eighth place in last year’s August Playoff race. He was strong in that race – leading 116 laps – more than half his career total laps led (230) at the track. He crashed at Bristol this spring, however, and finished 30th.

The good news is that Truex would appear “next up” on the Big 3 circle of winning. Busch and Harvick have won three of the last four races. Truex’ best showing in that span is a runner-up at Watkins Glen.

Kyle Busch may certainly be setting records at Bristol, but his older brother Kurt has proven to be formidable there as well. In fact, the only active Monster Energy NASCAR Cup Series driver with more wins than Kurt (five) is his brother.

He has 10 top-five and 17 top-10s at Bristol – his top-10 total third-best among those racing this weekend. Busch would certainly love to find that groove again. He’s had only five top-10 finishes in the last 15 Bristol races, however, he shows up there this weekend in the midst of positive momentum.

Busch has five top-10s in his No. 41 Stewart-Haas Racing Ford in the last five races – and won the pole position at New Hampshire last month. He’s led 150 laps during that five-race span – a third of his season total.

Ricky Stenhouse Jr. currently sits in 17th place in the driver standings – one position below the 16-driver Playoff cutoff. However, the 30-year-old driver of the No. 17 Roush-Fenway Racing Ford will certainly be looking to “win” his way into the postseason this weekend at Bristol.

It is Stenhouse’s best track statistically and at this point with only three regular season races remaining, his brightest hope in advancing to the postseason.

Stenhouse has six top-10 finishes in 11 starts at Bristol and his average finish of 10.18 is his best mark at any track on the Monster Energy Series schedule. Twice he has finished runner-up at Bristol – in March, 2014 and most recently, August, 2016.

Looking to Get Back to the Lead

Ryan Blaney looked well on his way to contending for the Cup Series victory in April at Bristol Motor Speedway, but the popular Team Penske driver was collected in a six-car accident while leading the race and was scored 35th.

Blaney, who has won at Bristol in both the Xfinity and Camping World Truck Series, led 100 laps in the spring race and his No. 12 Team Penske Ford was out front when he was caught in a multi-car accident as he was approaching cars on the end of the lead lap.

“It’s obviously frustrating when lapped cars wreck and take the leader out. That’s unfortunate,” Blaney said after being checked out at the infield care center. “That stinks. I thought we had a good car and nothing to show for it.”

Blaney has one top-10 (summer, 2017) in six Bristol Monster Energy Series races. He’s ranked eighth in the points standings with three top-10s in the last five races including a season-best runner-up at Kentucky Speedway last month.

Tale of the Tape

The Sunoco Rookie of the Year race remains interesting as it features two talented and highly-regarded young drivers in 24-year old Bubba Wallace and 20-year old William Byron. Both brought impressive resumes into NASCAR’s major leagues and both have fared well making their way through a highly competitive season.

Byron, who drives the No. 24 Hendrick Motorsports Chevrolet, is ranked 21st in the standings – with an 83-point edge over 25th place Wallace. Byron had a pair of consecutive top-10 finishes (at Pocono and Watkins Glen) snapped Sunday in Michigan with a 36th-place finish. His history at Bristol includes a fourth-place finish in the 2016 Camping World Truck Series race. He did not have a top-10 in the Xfinity Series there last year and was 18th in the April Monster Energy Series race.

Wallace, driver of the No. 43 Richard Petty Motorsports Chevrolet, finished 16th in the April race at Bristol – leading six laps, the most so far in a single race for him. His history would suggest the track may be one of his better venues. He had a seventh-place in the 2016 Xfinity Series race there and a runner-up finish to Brad Keselowski in the 2014 truck race there.

He is looking for his first top-20 finish since a 14th-place finish in the Daytona night race, six weeks ago.

Pushing for the Playoffs

With just three races remaining in the regular season, and only eight drivers locked in on wins, the pressure is on this weekend in the Bass Pro Shops NRA Night Race (Saturday, 7:30 p.m., NBCSN, PRN, SiriusXM NASCAR Radio) to get to Victory Lane for the chance at postseason glory.

Here’s a look at active, championship-contending drivers who have wins at upcoming tracks but have yet to visit Victory Lane in 2018: