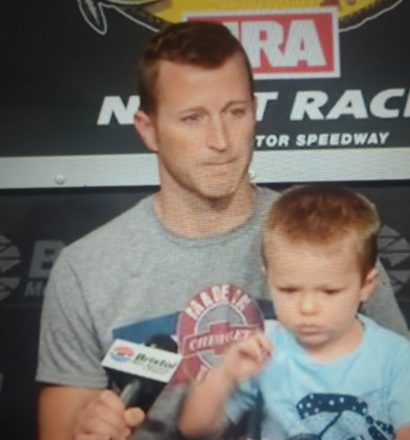 Kasey Kahne announced earlier this week that the 2018 campaign would be his final season as a full-time driver on the Monster Energy NASCAR Cup Series. The Enumclaw, Washington native who has taken 18 checkered flags at NASCAR’s highest level cited a desire to spend more time with his family and to seek other business opportunities as reasons for his departure.

After leaving industry powerhouse Hendrick Motorsports at the end of the 2017 season, Kahne has spent this year piloting Leavine Family Racing Chevrolets with limited success. One top-5 finish in the July event at Daytona International Speedway along with seven other top-20 results have been the highlights of an effort that has the No. 95 team currently ranked 28th in the MENCS standings.

Kahne’s best season came in 2006 when he scored six victories while driving for owner Ray Evernham. But only one triumph over the past four years has left the 38-year-old racer feeling unfulfilled.

“It’s been on my mind for a while,” Kahne told reporters during a press conference in the Bristol Motor Speedway Media Center on Friday. “Truthfully, the last two years at Hendrick and the year here as far as competition, I haven’t been as competitive as I want to be. So I would say that over the last three or four months in my mind I would say ‘Do I need to find other things to do?’ and I just finally made that decision. But it’s definitely been there for a few months.”

Kahne was drawn to the Leavine organization initially to participate in raising the level of that team’s performance. Now, however, the somewhat nostalgic Kahne finds himself being pulled back to his earlier loves in the sport. 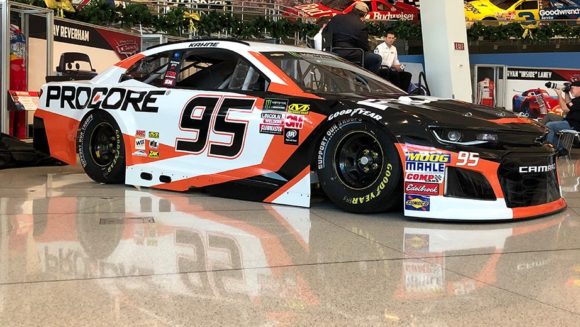 Kasey Kahne has driven the No. Leavine Family Racing car this season(Photo from NASCAR.com)

“LFR is working hard to make improvements from where we are right now and that was exciting to me and it kept me in it a little bit longer, but I finally decided that it’s time to do something different,” Kahne explained. “I love NASCAR and it’s been such a big part of my life and I’ve enjoyed every bit of it and will keep watching and coming to the races when I can and supporting it and supporting dirt car racing. I was thinking last night of how many different types of cars I’ve raced over the last 25 years and it’s been crazy to think of all of the cars and the success that I’ve been able to have in so many different cars.”

Kahne will look to put more of his focus on his Kasey Kahne Racing team that fields machines for drivers Brad Sweet and Daryn Pittman on the World of Outlaws Craftsman Sprint Car Series as well as on other opportunities that may present themselves in the future.

“I have some ideas on business,” the 2017 Brickyard 400 winner revealed. “I still love my Sprint Cars and want to be close to that and keep that going. We want to grow that and keep it as strong as it can be because I’ve been a part of short-track racing basically since I left it to come to NASCAR so I want to stay part of that.”

Kahne does not rule out a possible return to the Cup Series in the future, but not on a full-time basis.

“I feel like I can still go out and win races and be competitive,” he insisted. “Why be completely done if there’s an opportunity to do a couple of races and maybe a Daytona 500 or a Brickyard? I still love racing and I know I’m going to be a big part of racing from here on out. I’ll still be around.”

But more than that, the driver who spent his early years in the sport behind the wheel of a Sprint Car hopes to find himself in the seat of one of those rides more often in 2019. And the timing is perfect as his KKR operation is riding a high note coming off a huge win last weekend in the highly coveted Knoxville Nationals at the famed Knoxville, Iowa racing facility.

But Kahne does not see himself running the demanding WoO Sprint Cars schedule in its entirety. His cars have already competed 47 times each in 2018 and still have numerous races remaining on their slates. 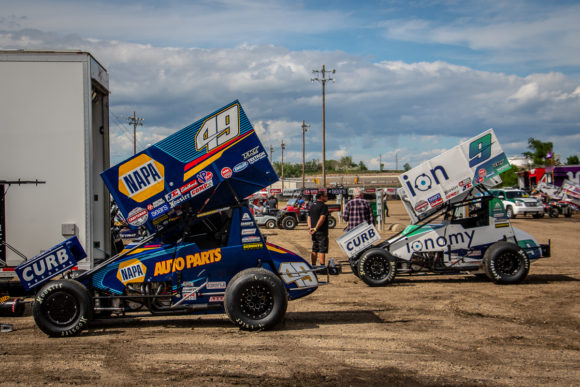 “I think I’ll definitely do a little bit more,” Kahne declared. “I feel like our teams are very good. Last week with Brad Sweet winning the Knoxville Nationals was a huge part for KKR and it was a dream for a lot of us to win that race. It was special to be there and cheer him on. I still love that racing. That’s where I started and where I learned how to drive. I feel like I could see myself doing forty or fifty Sprint Car races next year. Definitely not a full deal because that doesn’t do me much good for backing off a bit, but you can do forty or fifty races in about three months in that deal and still have eight or nine months to do other things. I think we can have fun in Sprint Car racing for sure and still have some business opportunities down the road.”

But will his Sprint Car organization be self-sufficient without its owner’s NASCAR income?

“We’ll definitely have to change it up a little bit,” Kahne said with a bit of a chuckle. “But we’ll work really hard. We’ve had strong partners and sponsors over the years and I feel like we can carry a lot of that on. Myself and Mike Curb have worked together to have two or three teams with the World of Outlaws since 2006. So yeah, I think we can push pretty hard and bring in enough money and still do it right so we can have two Outlaw teams and myself running forty to fifty times would be ideal for us at this point.”